Ancestry have recently added the National Probate Calender Index of Wills and Administrations for the hears 1861 – 1941, and a fascinating collection of material it is. 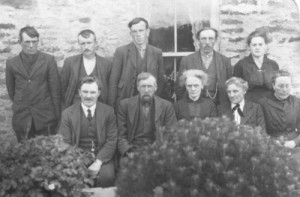 For example – my great uncle  was KIA in 1918.  He served in the 1/4 KOYLI, being injured in one of battles that took place near Ypres.  He was shot in the neck, taken to a dressing station at Kemmel but died shortly after.  It never dawned on me that he would leave money – he did have a good job, lived with his parents but money – who knew.

A check of the Probate Index for a general search  brought up my g. uncle and the fact that he left money to his mother. While his cousin Lieut. Joe Siddle left over £171 to Joe Siddle.