Historical timeline – events in history that have affected our families

From the early 1800’s the lives of our relatives started to change and many thought their privacy was at risk – little did they know what was to come!

Houses of Parliament via Wikipedia

The BBC have put together a timeline and many of the events could help you answer one of your family history conundrums.

As time moved on, more information was beginning to be collected, Acts of Parliament and Laws were being made, social life was changing and the population was moving around the country and the world – sometimes not always by choice.

For example the census of 1801, was basically a headcount.  It was not until 1841 that every person was named (with a few exceptions where initials are used i.e. Asylums), their age within a range, and if they were born within the county or not.  The 1851 census,  now gave you  a correct age, well, if they gave it correctly,  a place of birth not just a county – this census was the first one to be of any real use.

The Central Criminal Court had been established in 1834, as had the Poor Law.  One or both of these could have had an impact on your family – I know one of them certainly did on mine.

Other Laws and Acts that many of our relatives could have been involved are, the Matrimonial Cause Act of 1857, the Abolition of Transportation in 1868 and in the last century the National Adoption Register of 1927. 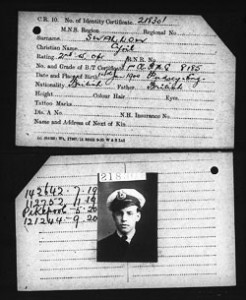 Merchant seaman records via Find My Past

Why not visit the BBC‘s family history section, click on the photograph links for  an overview of the information plus links to other sources.  Also, click on the ‘page’ icon to give you access to other dates such as :- The Swing Riots in 1830, the Registration of Merchant Seaman  in 1835, the Naturalisation Act of 1844 and the Abolition of Slavery also in that year, the Cotton Famine 1862 – 1866 and the Establishment of the Trade Union Congress  in 1868.

I recommend that you pay this site a visit and bookmark the information for future reference.