The recent Remembrance Day commemorations will no doubt have seen an increase in people attending services at churches and war memorials throughout the country. Unsurprisingly at this time much of the interest will probably have been shown in the high numbers of service personnel who lost their lives in the First World War.

Because of the commemoration of the one hundred years since the start of the First World War the names on memorials for the Second World War have tended to be left behind in terms of research into their lives and where they met their sad demise. There are not as many names on the Second World War panel on Drighlington’s memorial in fact, but at least one name tells an intriguing story that will surprise many who have looked at the name, E. Stead, and wondered what regiment they served in or what ship they went away in.

With the help of the extensive databases now online at ancestry.com and now the 1939 register at Findmypast.com the story of E. Stead can be revealed, at least in part. The recent release of the 1939 register gives historians a snapshot of where people were at the outbreak of the Second World War. It was really a census in all but name and gave details of families and where they lived and what work they did in the first year of the Second World War.

Researchers looking at the First World War are greatly helped in their quest to tell the soldier’s stories by the release of the 1911 census. Unfortunately, it will be many years before we can see the 1931 census, which will help in finding out about the lives of servicemen of the Second World War.

One name, that of E. Stead, on the village war memorial shows what fascinating stories lay behind these names, often forgotten in family histories. Surprisingly, the E. on this panel did not stand for Ernest or Edgar, it signified the name of ‘Edith’. For Edith Stead’s name is included on the Second World War panel of the Drighlington War Memorial. There are of course other memorials which include women as part of their commemorations, but probably not too many. So, who was Edith Stead, and why is her name on the panel of the memorial?

Edith was a Drighlington lass and was the daughter of Samuel Stead, who lived at 43 Spring Gardens in Drighlington. Samuel is shown on the 1939 register as living with his wife Christine, who was too young to be Edith’s mother, and so Samuel had been married before it seems. Edith had a brother, Harry, who was three years younger than she was but there were three other siblings in the family household at the time as well. Edith herself was born in 1912.

At some stage Edith decided to go to London to work. Whether this was a long time before the start of the Second World War or not only family historians can clarify. However, Edith takes up residence at 166 Southwark Bridge Road and starts to work in a homeless shelter in nearby Elephant and Castle.

It is this job that seals her fate, as on the night of December 29th 1940 she was killed when the Luftwaffe bombed London once more and the shelter in which she was working, Keyworth Street Shelter, suffered a direct hit. Several casualties are known to have occurred in this same bombing incident but current information about the actual numbers is sparse.

Edith Stead’s name was recorded in the records of ‘Civilian Casualties of the Second World War’ and for that reason her name has found its way on to the Drighlington War Memorial. She was not a soldier, sailor or airman, but a young girl who went to London to do her bit and found herself working with the homeless. At the same time as she was working in the shelter her father Samuel was ironically working as part time Air Raid Warden in Drighlington, in addition to his job as a weighing machine repairer.

The news of his daughter’s death must have been a great shock for Samuel Stead and it is quite fitting that he decided that her name should be put forward for inclusion on the village war memorial, which it has been on now for many years. Many people will be surprised to learn the true story behind the name of E. Stead on the village memorial I am sure. 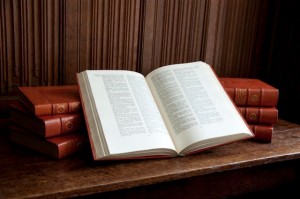 The Commonwealth War Graves Commission gives information that her death was reported to the Metropolitan Borough Cemetery, Southwark, and gives the impression  she may be one of the   1007 civilian war dead resting there.

The Civilian War Dead Roll of Honour, commemorating some 67,092 men, women and children whose deaths were due to enemy action during WWII is displayed in St. George’s Chapel, Westminster Abbey.

Note: WWII Civilian War Dead can be searched on the Ancestry website.