Fight the Good Fight: Voices of Faith from the First World War

Fight the Good Fight: Voices of Faith from the First World War the first book  by John Broom, was published in October by Pen and Sword – the Barnsley based publishing company who specialise in a variety of local history and specialised subject. 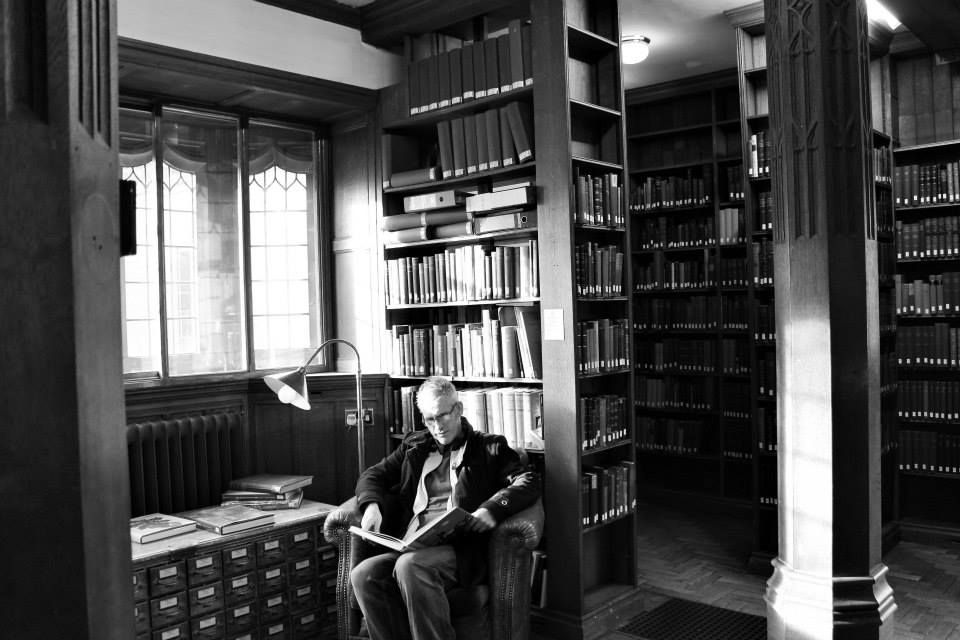 John Broom studying at the Gladstone library via his blog

John, a history lover, graduated in 1991 and has  pursued a career in teaching, firstly in History, and latterly as a Specialist Teacher in Autism.

In 2006 he was left a collection of 170 letters and memorabilia from his late father who served in the Desert Rats during WWII.  This sparked an interest in discovering the links between twentieth century warfare and religion.   pursued a career in teaching, firstly in History, and latterly as a Specialist Teacher in Autism. 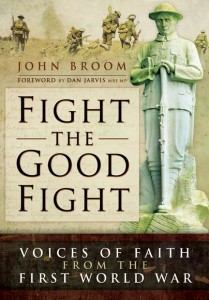 Fight the Good Fight: Voices of Faith from the First World War investigates nationalism and militarism in Europe and beyond during and just following the Great War.   The book investigates how the Christian faith that united millions around the world is interpreted in many ways.  Whether Church of England or Nonconformist, Catholic or Presbyterian, German Lutheran or the American Church of Christ in Christian Union, men and women served their country, or not,  according to their beliefs.

The book focuses  on 23 individuals and families, including some whose names are known world wide.  While others were a story waiting to be told.  Each case has been well researched, includes 23 plates and is stacked with notes and references for you to make further study somewhat easier.

At that time we were a country divided by class, politics, denomination and gender, but none the less these people were united in one cause to Fight the Good Fight. Fight the Good Fight take the subject of Christianity during conflict to the wider audience.

Just to give you a little taster of who is in the book, before I let you know where you can get your copy, which is a nice pressie for someone for Christmas or save your Christmas money and treat yourself in the New Year.

Who has a chapter dedicated to them – a lady known the world wide and recently been in the news, Nurse Edith Cavell, who was executed in 1915. The Chavasse Family, focusing on  Noel Chavasse V.C. and Bar, who was awarded the Victoria Cross twice and was an Olympic athlete. Fight the Good Fight also includes tales of brave Belgian priest, a French heroine, a German U-boat commander and America’s most decorated war hero.

Receiving glowing reviews from academics and historians, Fight the Good Fight has prices ranging from £15.99  and is available from:  Pen and Sword ;      Amazon  (hardcover or Kindle)  ; or directly from the author himself, via his blog – maybe if you ask nicely, you may get a signed copy!

Let me know what you think of this, the first book by John Broom