When I started researching War Memorials in Barnsley in 2013 for my initiative to create a Barnsley Roll of Honour, Dorothy Fox was the only woman I came across. 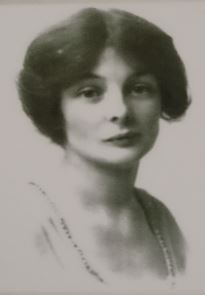 Dorothy was born on 26 September 1894 in Barnsley to Thomas Fox, Wine Merchant, and Mary Emily Tomlinson nee McLintock. Dorothy was the fifth of 8 children, 2 of whom had died by April 1911; her grandfathers were both businessmen: James Fox, Wine Merchant of Cockerham Hall and Harbrough Hill House, Barnsley, and Robert McLintock, Manufacturer / Linen Weaver of Barnsley.

Dorothy was well educated and supported by a well off family. On the 1911 Census, she was a student boarder at Malvern College for Girls in Worcestershire, while her parents had moved temporarily from Barnsley to Broadstairs, where her father was a Brewer Employer, and her brother Charles Fox, aged 18, was a Brewer at the Portland Hotel in Malvern. (Charles was Lieutenant Colonel in the 5th Battalion of the York  & Lancaster Regiment in the First World War).

The British Red Cross Personnel Record shows that Dorothy was engaged as a Nurse in the Voluntary Aid Detachment (VAD) on 1 July 1916, the first day of the Battle of the Somme. She served in Ipswich Hospital until 4 February 1917 then transferred to the 4th Northumberland V A Hospital at Corbridge from 27 April to 21 May 1917. Dorothy moved to the 2nd Western General Military Hospital in Manchester on 8 October 1917 and was there until she died of pneumonia on 3 November 1918, just days before the war ended. Dorothy probably died of infection in the influenza epidemic that ended up killing more people than the war itself had done.

(The British Red Cross and the Order of St John of Jerusalem were empowered to raise, train and supervise VADs to provide nursing support to qualified medical teams at the vast network of Military and Auxiliary Hospitals, established across the United Kingdom to deal with the huge number of casualties from various theatres of war. The 2nd Western General Military Hospital in Manchester with its Auxiliaries dealt with more casualties than any other in the country).

Dorothy’s death was reported in Barnsley Chronicle on 9 November 1918: ‘FOX: on November 3rd at 2nd Western General Hospital in Manchester, Dorothy, aged 24, dearly loved daughter of Thomas and Mary Fox, Hall Bank, Barnsley.’ She was buried in Barnsley Cemetery in an area that has several Fox graves with ornate monuments.

There are several memorials to Dorothy in the South Chapel of St Mary’s Church in Barnsley, where her parents had got married and she had been baptised. Her name is listed on the beautiful painted column War Memorial along with about 200 local men, who sacrificed their lives serving their country. Dorothy’s grieving parents paid for a stained glass window, representing St Elizabeth (mother of John the Baptist), St Mary (the mother of God) and St Helena (mother of Emperor Constantine the Great) to be erected in this chapel dedicated to their daughter by a plaque underneath.

To the Glory of God and in loving memory of DOROTHY FOX, Hall Bank, Barnsley, who died 3rd November 1918 aged 24 years, at the 2nd Western General Military Hospital, Manchester after over 3 years faithful and devoted service as a nurse in the Volunteer Aid Detachment of the Order of St John of Jerusalem during the Great War 1914 – 1918, this window, representing St Elizabeth, St Mary and St Helena was erected by her Father and Mother. 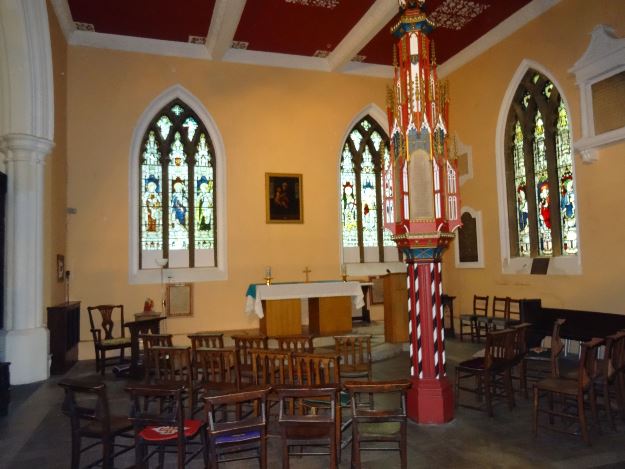