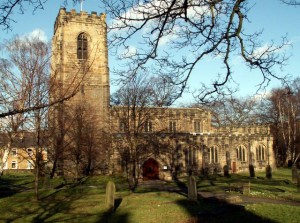 Tom Gascoigne was born in 1874, the son of Maria Gascoigne. Tom was baptised at All Saints Church, Darton on the 26th of April the same year.

By the census of 1891, Maria, born in 1852, is the head of the household, but saying that she is married. In the house at Cawthorne Lane, Kexbro, is Tom Gascoigne Battye aged 17 is working as an apprentice glass gottle blower, his brother Charles Gascoigne Battye and Eliza Gascoigne aged 27 – Maria’s sister. Both Maria and Eliza are working as char women. Tom, eventually, was the eldest of four children.

The census of 1901 comes around and now Tom is aged 27, been married to Eliza Whitehead since the following year, who he married in Bradford. The couple were living at 16 Castle Street, Barnsley. The years passed and by 1911 Tom and Eliza had three children – William Paul born in 1901; Clara born in 1902 and Stanley born in 1907. All the children were born in Barnsley.

Life must have been good for Tom, he had a wife and family and he worked at Dobson and Nall Ltd., glass bottle works. 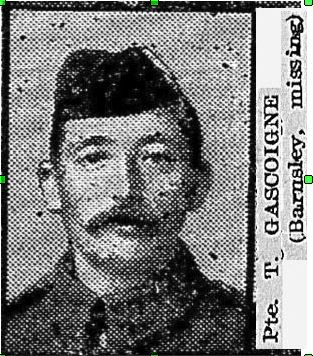 The war broke out and by 1915, Tom, now aged 41, must have thought long and hard about enlisting. But enlist he did. For some reason, he enlisted in Perth, Scotland, joining the Black Watch (Royal Highlanders) as Private 3717, later transferring to service number 266335.

On 2 September 1916 a small piece in the Barnsley Chronicle reported that Tom Gascoigne had been missing since 30 July.

On 6 October 1917 his wife Eliza posts a Death Notice in the Barnsley Chronicle. She and her children are now ‘late of Barnsley’.

Between 1917 and 1919, Eliza was the recipient of two sums of money from the War Office. 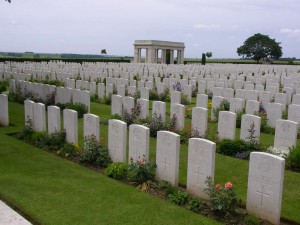 Tom rests in Caterpillar Valley Cemetery, Longueval, along with over 1700 other casualties of war. The area in which the cemetery lies was captured after fierce fighting towards the end of July 1916. The area was retaken by the Germans in the spring of 1918 but again taken by the Allies, by August of 1918.

By the time the CWGC had been set up and Eliza submitted information about Tom, she had moved to 11 Princess Street, Victoria Buildings, Wibsey, Bradford.

Although many men and women are remembered on numerous memorials, including:- schools, church windows and objects, places of work, family headstones to name a few. Tom, is only mentioned on Bradford’s Roll of Honour. Perhaps, Eliza, now living in Bradford didn’t think about where he was remembered, but the fact that he was remembered. His mother, Maria, was now living in Sheffield, may have left the ‘remembering’ to Eliza. Who knows? We certainly don’t. 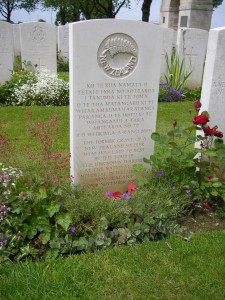 Nothing to do with Tom or his family, but something about one of the other 1700+ who rest in foreign land.

The body of an unknown New Zealand soldiers was, in 2004, taken back to rest in his native land in The Tomb of the Unknown Warrior in Wellington, New Zealand.