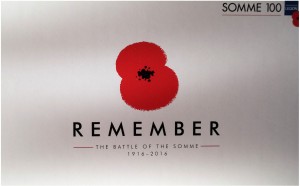 Earlier this year I toyed with the idea of buying a Somme 100 lapel pin – you know the one. Anyway, for those of you who have not seen the promotions on various web and media sites, each pin, according to the RBL shop  is ‘made from British shell fuses fired during the Battle of the Somme and collected from the historic front line. The stunning red enamel in the centre of each poppy is made from a small amount of finely ground earth that was collected from Gommecourt, Hebuterne, Serre, Beaumont Hamel, Thiepval, Ovillers, La Boisselle, Fricourt and Mametz, and red enamel mixed together to create the iconic red colour.’ 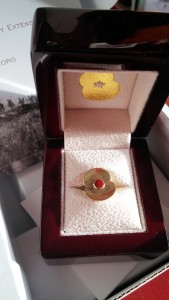 Not only is each pin made from shell fuses fired 100 years ago, each pin remembers a soldier who lost his life during this battle.

In mid-December more promotional information started filtering through about the lapel pins. This time not to be outdone, I went online and bought two pins – my next problem was would they be here in time.  Two days later a large box arrived at work and they were worth the wait.

As I have said, and you probably know, each pin remembers a soldier, my soldier is Pte. 22851, George Frederick Ward of the Suffolk Regiment.

George Frederick was the son of Robert Ward and his wife Ellen.  Robert was aged 27 in the 1891 census, born in Layham, working as a labourer and living in Hadleigh with Ellen and their two children at Parker’s Cottage. George was one year old at this time. 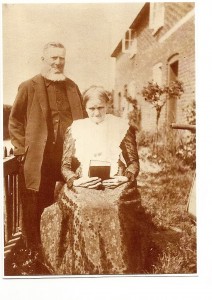 There have been Ward’s in the Layham area for a very long time, with the manorial rolls including their names as early as the 1400’s and are regularly mentioned for the next 200 years.  In the 16th century the family were yeoman farmer according to some wills of the time.  In later years the family seem to have come down in the world a little.

Back to George, his parents and siblings, who are still at Parker’s Cottage in 1901. The family has now grown to include four more siblings for George.  Robert now works 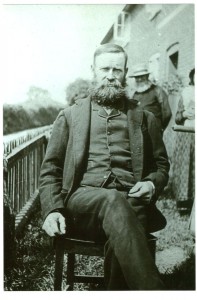 as a horseman on a local farm, his eldest son Robert, yes another, aged 13 also works on a farm – probably the same farm.

Another 10 years in the life of the Ward family and 1911 has arrived.  What will that year bring to the country?  In January the Siege of Sydney Street takes place. March sees 11,000 workers at the Singer sewing machine factory go on strike.  RMS Titanic is launched in Belfast and across the water, RMS Olympic sails for Liverpool.  At the height of the hottest British summer on record, George V and Queen Mary are crowned. Later on in the year the Official Secrets Act 1911 came in to effect and Suffragettes storm the Houses of Parliament.  On April 2nd the census was again taken, differing from previous years census forms, more information is now requested – the number of years married and details of how many children to that marriage.

Back to George and his family in 1911. The information in the census now tells that Robert and Ellen Mary had been married for 24 years, Ellen giving birth to seven children (all still being alive in 1911), six of the children had been recorded as living with Robert and Ellen – Margaret who would now be around 18 was not with the family. The eldest four children were employed as farm labourers, jobbing gardener at a local market garden, a carpenters help and an errand boy at a local farm house. Home for the family was Hill Cottage, Layham. Robert while completing the form entered the number of years married and children details in the wrong row. He also went into detail about the rooms in the cottage.  Robert entered ‘two bedrooms one downstairs room’, the enumerator struck through that information and wrote ‘four’. By that added extra bit of information it is now known the size of property the Ward family of eight existed in.

1914 came around too quickly, men enlisted, men went away but not as many came home.

George served as 22851 in the 7th Btn. Suffolk Regiment, which has been raised in 1914 aspart of Kitchener’s First New Army, after enlisting in Ipswich and had been with his regiment on the northern edge of the Somme battlefields during July of 1916.  After being injured he was taken to 76th FA (Field Amblance) where Albert Victor Moth was taken and died on the same day as George.

Robert, George’s father, would have received his Victory and British Medals, along with monies owning to George from the Army. As the service records for George have not survived, the information, including a description of George, his postings etc., which would be fascinating, is sadly missed. 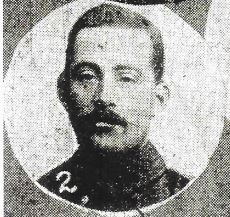 George Frederic Ward rests in Warloy-Baillon Communal Cemetery Extension along with over 1,330 other identified casualties from the Commonwealth and France including Albert Moth. The CWGC website tells ‘The first Commonwealth burial took place in the communal cemetery in October 1915 and the last on 1 July 1916. By that date, field ambulances had come to the village in readiness for the attack on the German front line eight kilometres away, and the cemetery extension was begun on the eastern side of the cemetery.

Although George rests peacefully in France he is 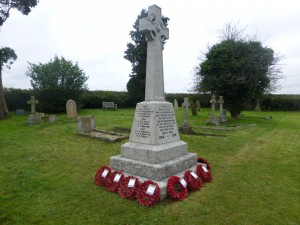 remembered on the Layham War Memorial, Suffolk, a few message boards, mailing lists and websites including Suffolk Roll of Honour.

The Ward family had been featured in the Suffolk Chronicle and Mercury on 29th of March 1918 – all five of the male family eligible for military service had been or were on active duty.  Only George was killed in action. George’s brothers, Robert William, Henry Walter, Frank Bernard Jubilee Ward and brother-in-law, F Orvis saw service in France, Italy, Egypt and the Dardinelles. F Orvis was Francis G S Orvis who married Margaret Ward in the winter of 1914. 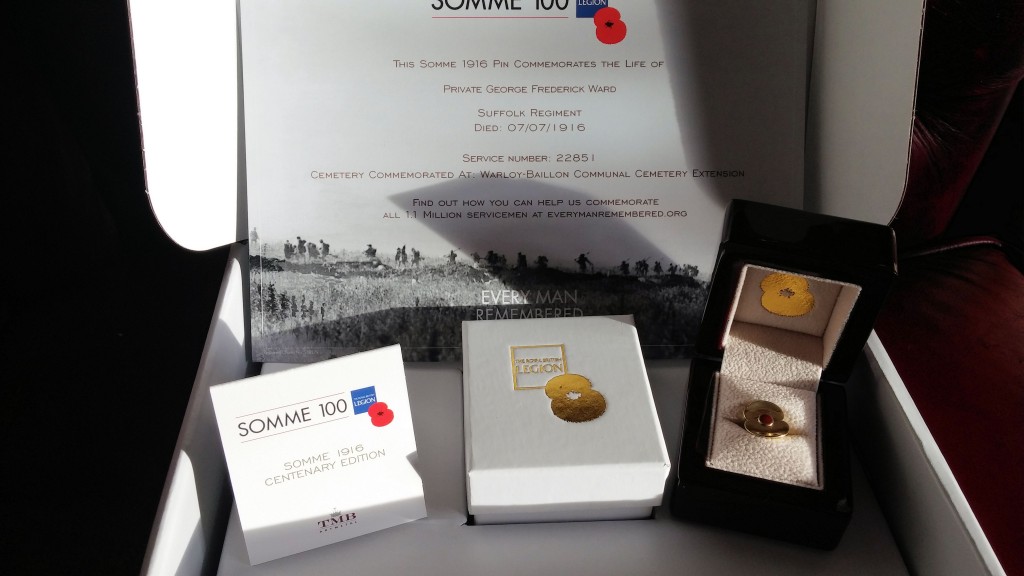 ‘Only the dead have seen the end of war’
Plato