Extracted from the Wakefield Express June 1944. 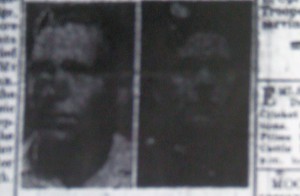 Although not a very good photocopy of the Butel brothers – the image was very dark. You can get an impression of the young men.

What were the Butel brothers doing in Wakefield.

Quite a few people from the Channel Islands came to Wakefield during WW2, leaving their home as the islands had been taken over by the German Army.  Were the brothers part of this migration to safety? Or, had they already left to join the British Army? Does anyone know?