Names fascinate me, well mainly surnames, but there are occasions when a first name sparks my curiosity. When I say first names – the modern scrabble orientated names…..No! I just wonder, Why?

A headstone in the quiet and calm cemetery in Urquhart, Moray, tells of such a tale.

Alexander Gillies was born around 1862. There is a census entry for 1881 that seems to fit with Alexander being born in Duffus and at that time working in a local quarry. There is a wife, Mary, a few years older than him and a young child, Margaret.

If this is the correct young man by 1886 he working on the railway and has four children. And I suppose as with everyone else in the village life went on as normal, some may have a harder life than others but normal for them.

The morning of the 1st of March 1886 would see ‘normal life’ change forever.

Alexander would have left for work as usual then the unthinkable happened. 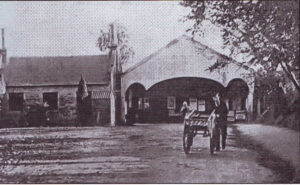 Sad Accident at Elgin.
This morning a sad accident occurred at Elgin Station, Great North of Scotland Railway, whereby Alexander Gillies, shunter, a native or Urquhart, was severely injured that no hope of his recovery is entertained. While endeavouring to leap on the buffer of a shunting engine in motion he lost his balance 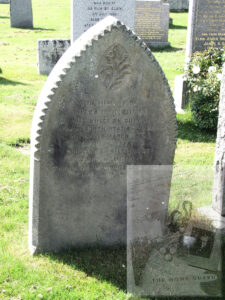 Headstone for Alexander Gillies and his wife Mary. © Carol Sklinar 2020

and fell among the wheels, two of which passed over him and mutilated his body and legs fearfully. He is only 25 years of age, and has a wife and four of a family. Drs. Mackintosh and Duff are in attendance, but his end is momentarily expected.

Alexander was followed by his wife Mary a few short years later.