Another look through the Wakefield Express copies and I came across an entry for a young man who had gained military honours.

A WOODLESFORD SOLDIER HONOURED – Sergeant Brittlebank, of the K.O.Y.L.I., writing to a resident says – “I desire to bring to your notice and the people of Woodlesford the honours that have fallen to the lot of Corporal Metcalfe, who has won the Military Medal and the Distinguished Conduct Medal for bravery in the field.  I am his Platoon Sergeant, and can personally say he thoroughly deserves the two great honours that have been conferred upon him.  The N.C.O’s and men of his regiment feel right proud of him.  He enlisted in the first rush of war and he served in the Miners’ Battalion of the  K.O.Y.L.I., ever since, with distinction and ability both in Egypt and France.  Knowing him to be quiet, unassuming young fellow.  I think his people and fellow townsmen should know about his honours.  I think they have every reason to be proud of him. 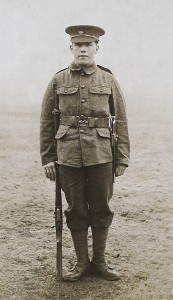 Again, what do we know about Corporal Metcalfe – well his name, his rank and his regiment, and of course, where he was from!

A very quick search through the D.C.M. Citations, came up with one :-

12/44 L/Cpl. R. Metcalf – For conspicuous gallantry in action.  Although wounded, he remained at his post and dressed the wounds of several men under heavy fire.  On another occasion he showed great courage and initiative in manning a trench after the explosion of an enemy mine. (13.2.17)

Could this be our Corporal Metcalfe?  If it is we now have an initial and a service number.  Now to the Medal Card Index with our new found information – his service number!

Well, the Medal Card Index entry for Corporal Metcalfe, confirmed by his service number, now tells me his first name was Robert.  He now had attained the rank of Sergeant.  He was eligible for the British and Victory Medals.

But what happened to Robert?  Did he make it home?  But more to the point who was Robert? Robert was born in Goole around 1894.  He was the son of Henry Metcalf and Fanny Welburn, from Carlton.  By 1901 the family were living at the Woodlesford Lock, on the Aire and Calder Canal, where Joseph Henry Metcalf, aged 54, was the canal lock-keeper.  In the 1911 census there was a Robert Metealfe (Metcalfe), aged 17 who was born in Goole.  Robert gave his occupation as labourer in the brickworks.  He was lodging with Walter Shorter, a colliery pit sinker, from Kent and his family.

A further search for Robert with his service number I found an entry on Soldier’s Who Died in the Great War and found an entry for a Robert Metcalfe, all seemed to fit, but his place of birth is given as Swillington, Garforth.  Robert enlisted in Rothwell, he is a Sergeant, in the K.O.Y.L.I.  He Died of Wounds on 17th of April 1918, had been awarded the D.C.M. – no sign of his military Medal.

Before I found Roberts name, I Googled ‘Metcalfe, MM DCM Woodlesford and came up with the following:-

WOODLESFORD KILLED AND WOUNDED SOLDIERS. – In the current issue of the Parish Magazine of All Saints’, Woodlesford, is the following reference to local military casualties: – We much regret to have to record that the war is responsible for the deaths of two well-known residents in our village. John Borman, who had only been in France a short time, has been killed in action. Robert Metcalfe, who had been in the lines nearly all the time, has died from wounds in a base hospital in France. He had greatly distinguished himself and won the M.M. and other distinction, and been promoted to the rank of sergeant. They, along with all others who have died in defence of our country, win our lasting gratitude, and their relatives and friends have our sincerest sympathy.h 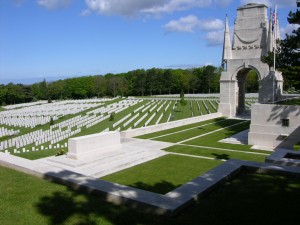 The entry for Robert in the Commonwealth War Graves Commission, has his name – Robert Metcalfe (no e), his service number, rank, regiment and battalion, along with his place of burial, Etaples Military Cemetery  and plot references XX1X E 10A.   He rests with over 10,770 other casualties of war, of which 35 are unknown.

Etaples and the surrounding area was dotted with reinforcement camps and hospitals, due to its location – being remote from attack, apart from aerial attack.  The area was also accessible by rail, from both the north and the south.  In 1917, over 100,000 troops were camped in the sand dunes close to the town, in the hospitals, which included eleven general, one stationary, four Red Cross hospitals and a convalescent depot, could deal with 22,000 wounded or sick. In September 1919, ten months after the Armistice, three hospitals and the Q.M.A.A.C. convalescent depot remained. 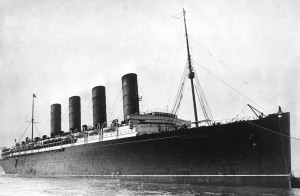