In the recent months I have gathered quite a few photocopies of sections of the Wakefield Express for periods during WW1.  I have extracted the information I needed but there are still little snippets of information surplus to my requirements, but could be of interest to others.

Here goes with the first snippet:-

EAST ARDSLEY SOLDIER KILLED – Information has been received that Private J W Mann, of the Green Howards, who formerly lived with his parents at Bradford Road, East Ardsley, and who had been previously reported as missing since Aug. 21st 1915, was killed on that date. Deceased who was 21 years of age, enlisted soon after the outbreak of the war.  He was an engine cleaner at the G.N.R. shed at East Ardsley.  He was a good worker in the Weslyan Sunday School, and at the time of his  enlistment he was Secretary of the Hope of Thorpe Juvenile Temp(?), Independent Order of Rechabites. His father, Lance-Corporal C H Mann is now serving in France.

Not a lot to go on, but I know which regiment he served with, where he lived and worked and who his father was.  I also know where his religious leanings were.

Where to look first, to me there seems be a couple of places, but which one to search first? Commonwealth War Graves Commission – not many to chose from, but his entry may only have his initials. It may not parental information listed.  He could be entered under another regiment (if he was transferred) – retreat and recover!  Looks like the 1911 census is next for a visit.

Here he is!  Joseph William Mann, the son of Charles Henry Mann and his wife Mary Jane Hornsey, whom he married in the autumn of 1894, their marriage taking place within the York Registration District.  Their first two children, our Joseph and his sister Dorothy were born in York in 1896 and 1900 respectively. Their third child, Doris was born in Carr Gate in 1905. Charles, born in York, worked as a house painter.  Mary, one year her husband junior, was born in Newcastle. The census form has the family living at 2 Binks Buildings, east Ardsley.

Now we are on first name terms with Joseph, I stand a better chance of finding him in the CWGC  – there are two Joseph William Manns, both are Private’s, but here they differ.  One is aged 35 and the other is 20 – the 20 year old seems to fit the bill with our Joseph being 15 in the 1911 census.  Now we have access to his service number. 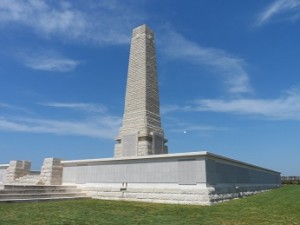 Joseph Mann, born in York, enlisted in Leeds. He served in the Yorkshire Regiment or Yorkshire Hussars (Queen Alexandra, Princes of Wales’ own) 6th Batt., as Private 10567.  Joseph was sent to the Balkans and it was there on the 21st of August 1915 that he was Killed in Action.  Back to the CWGC entry for Joseph and we find that he is remembered on the Helles Memorial, panel 55-58.  Additional information for Joseph, gives his parents and their address of 22 Gordon Street, Heslington Road, York – looks like they moved back to were Charles and two of his children were born – after Joseph’s death but before the details were collected for the CWGC.

The Register of Soldier’s Effects gives information we already know and  a little more – The entry tells that he was in the M.E.F. (Mediterranean Expeditionary Force), entering the Balkans on 14th July 1915.  His date of death is given, 21st August, 1915, with the following note:- Death pres? His parents are again listed as being granted his monies in 1919. 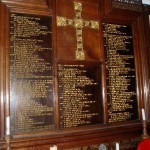 Although, Joseph had lived in the village of East Ardsley, he is not remembered on the village memorial.  He is however, mentioned in The King’s Book of Yorkshire Hero’s, held in a locked case in York Minster, and St Cuthbert’s War Memorial.

A little more information has now been added to that in the newspaper regarding Joseph, but what happened to Charles, his father.  Well, as he is mentioned in his sons entry in the CWGC and not entered as ‘the late Charles………..’ I feel it is safe to say he came home to his family.  There is a possible death entry for him in the September Quarter of 1953 in York. 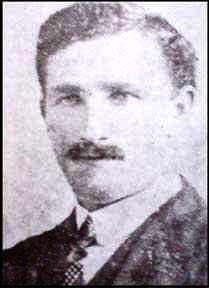 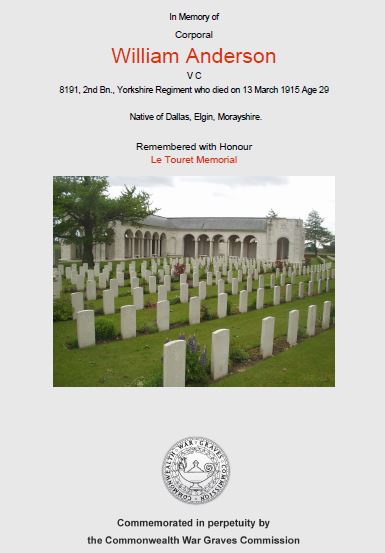