Sorry for the delay this post, but as they say ‘better late than never’. 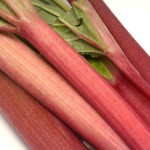 The small ‘foody’ market was in the centre of Wakefield, just outside the Cathedral and was packed with visitors and most importantly for the sellers, the visitors were carrying lots of bags.  But, not only were there stalls packed with all kinds of gastronomical delights there were cookery demonstrations in a brilliant marquee.  They included rhubarb scones with Dean Rogers of The Devere Oulton Hall, Ashley McCarthy of Ye Old Sun Inn, Heather Copley of Farmer Copley’s, students of Wakefield College and many more.

My first stall at the busy market was Sean Wilson of the Saddleworth Cheese Co.  We had bought Sean’s cheese before from Blacker Hall,  a local farm shop.  My son and daughter visited there one January morning with my daughter boyfriend and two cheeses stood out above the rest,  ‘How’s your father’ and ‘Mouth Almighty’, both cheese names having a link to recent events in our family and if I told you, I think you may be shocked, stunned or just laugh, well, maybe one day I will. But needless to say we laughed and cried over one of the names and came up with some amusing answers to ‘How was your father’?

So Sean’s cheeses were the first of my purchases and yes, again I bought those two particular types.  I was asked if I wanted a sample but said, ‘no thanks, know them well’.

Thanks Sean, ‘How’s your father’ is a winner in this household.

My main aim of the day was now over and I could see what was on offer.  A compulsive purchase, but one that I have not regretted buying was a small book, well, booklet entitled ‘Walks in the Rhubarb Triangle’ by Richard Bell.  Well, I have not been on the walks yet but have certainly made some of the recipes on more than one occasion – I even bought out the local supermarket of Golden Syrup and oats.  I did keep the rhubarb very local though – East Ardsley!  So, the book, it is packed with easy to follow short walks backed up with snippets of history and easy follow maps.  As I said I bought one, then thought better of it and made that 2 – one being for the local family history group.

Oldroyd & Sons had a big stall selling fresh produce including rhubarb goodies including plants for you to grow on in your own gardens.

Two other stall I visited and bought goodies from were Mr Huda’s where I bought a universal curry paste and Raman’s, buying a beetroot relish.  Both stalls had very helpful staff and were only too pleased to speak to their visitors.  The relish, I was told,  goes well with turkey, pepper dusted steak, mashed spuds and venison  – yummy!

Venison sausages were next on the agenda, very rich and very nice, but my apologies to the stall holder – I cooked the sausages, ate them and forgot to make a  note of his stalls name , but do remember where the farm is – sorry but the sausage were beautiful.

My last purchase was 2 pork pies, but not ordinary ‘growlers’ these were pork, mango and rhubarb, well I think they had rhubarb in, but even so, warmed up and served with a hot cup of ‘builders tea’ they went down a real treat.

My last stall was Farmer Copley’s, a farm shop near Pontefract, I didn’t buy anything, I was very good but was given a discount voucher to use when I paid the farm shop a visit – which I did later and may I hasten to add will be doing so again and again even if its just for the frozen croissants and pain au chocolat.

You can see from my purchases I didn’t stop at the cake stalls, as they say ‘why have a dog and bark yourself’ – I bake, so why buy it!  But there were cake stalls providing the visitors with an array of tempting delights.  I also noticed a couple of stalls selling rape seed oil and one stall full of blue and white Polish pottery.

So, where can you find out about these stalls and what else they sell and do ?

Walks in the Rhubarb Triangle and other publications by Richard Bell

Round Green Farm for venison sausages and much more

Mr Huda’s pastes and a selection of recipies and I am pleased to say the only place in Wakefield that this can be bought is in my village  – well done R N Binks and Sons,  butchers and very nice people.