At a family history fair a few years ago I bought a book – Epsom College Register, 1855-1905.  It was bought in a bit of a rush, while having a break from manning a stall for one of the local family history groups I am a member of.  But, and there is always one of those! I glanced at the title, thought it was a good purchase for the price and I could make use of it later, for research and additional information purposes.  Idiotic me, I had glanced at the title and read Eton for Epsom, an easy mistake, while reading the title in a dimly lit section of the hall.  But never mind, I would still make use of the book………….sometime!

While having a quick look through the pages of the 105 year old book, 100’s of names and places jumped out.  Places in England, France, Canada, North and South America, South Africa, India, Burma, Australia and New Zealand to name a few.

A few names and places seemed interesting enough for me to put fingers to keyboard and give you a very small snippet of their lives.

Bertram William Francis Wood, born on 19th of August 1887 to Francis H Wood, a General Practitioner, and his wife Maude M B Wood.  When the census of 1891 came around the family were living at 130 Northgate, Wakefield.  Bertram, aged 3 had an elder sister, Margaret aged 11.

William left Epsom College in the early years of the 1900’s and by the time of the next census in 1911, by now he was 23 years old and  living with his parents who still lived at 130 Northgate, Wakefield.  His occupation was given as Medical Student, so he was obviously following in his fathers’ footsteps.

Another young man with a Wakefield connection is James Stansfield Longbotham.   In the 1881 census, James is with his parents, George Longbotham, aged 35 and his wife Sarah, also 35. George is a General Practitioner of Medicine, living at 1 Grange Road, West, Middlesborough.  Twenty years later George and Sarah were living at Woodlands, Putney, where George, now classes his occupation as that of Surgeon, temperarily retired.  James is the only child still at home and he is a student at the Pitman Met. College.

The Southgate Chambers, mentioned above was the address of the Official Receivers’ Office. 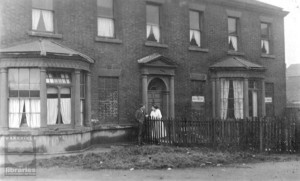 The 1871 census finds William and his family in Castleford, his dad has been wrongly transcribed as Elmyra Walker Kemp, where it very clearly says Ebeneze Walker Kemp, born in Wakefield and earning his living as a Surgeon, General Practitioner.  It seems by sheer chance I have chosen young men whose families were all in the medical profession.

Some 20 years later the family were still at Bridge Foot, Castleford.  The whole census page looks a little cluttered, as the people who had their details taken that night were originally entered as initials and surname. Someone at a later date, and I say someone, as the writing differs from the original, has entered the first name of all the entrants.  Mr Kemp, is now a Surgeon and J.P., while his son, William, is entered as M.B.C.M. Edinbro’. 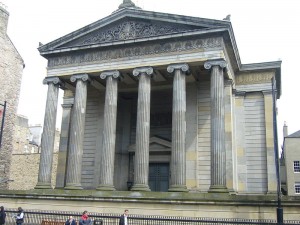 Ten years on, William is now aged 38 and living a Bridge Foot, Castleford, with his Scottish born wife, Sarah, also aged 38 and their two children, his mother-in-law, Helen Blair, a widow, William Somerset, another man with the same qualifications as William.  There is also a nephew, Gray L Gibson, Isabel  McGreggor (the two latter being born in Scotland) and three servants.

Another ten years later, brings 1911 and the first census that gives information about infant mortality.  Sarah had given birth to three children in her 16 year marriage to William and all had survived to be included in the census.  There are two servants listed, but at the very bottom there is an entry for Helen Blair (William’s mother-in-law) but now she is listed as ‘other relative’. William now vaguely gives his employment as  ‘Medical Profession’.  he signs the census sheet as W Kemp, Castleford – no address, but probably still at Bridge Foot (a look at the schedule, confirms that Bridge Foot is still his address. 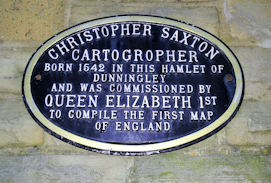