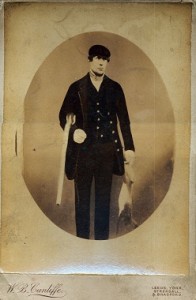 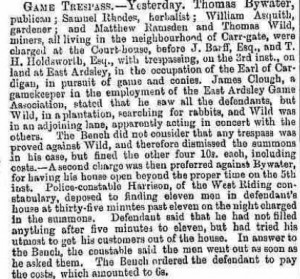 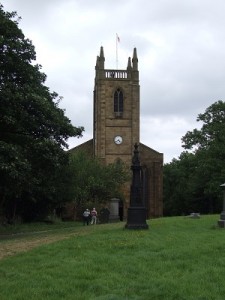 Empire Palace Theatre after the fire

While in a state of deep mourning, it was during his performance on 9th May 1911 that, while performing  his ‘Lion’s Bride’ routine an oriental lamp burst into flames. The fire curtain dropped, but not fully. Lafeyette was very secretive of his illusions and had all the doors locked off. The fire very soon became out of control. In less than 20 minutes, the backstage area was ablaze and full of smoke, and the fire curtain fell to the stage. The audience, even in a state of panic all managed to escape to safety, but back stage was a different matter. Ten people in the back stage area lost their lives, including Lafeyette. He was identified by his costume and later cremated. But, strangely enough days later, after his solicitor had become involved while trying to find missing ornate jewellery that Lafayette wore,  another body was found under the stage, and identified as Lafeyette by a ring. The previously cremated body was that of a man who acted as Lafeyette’s double – a 25 year old man who played in the orchestra. 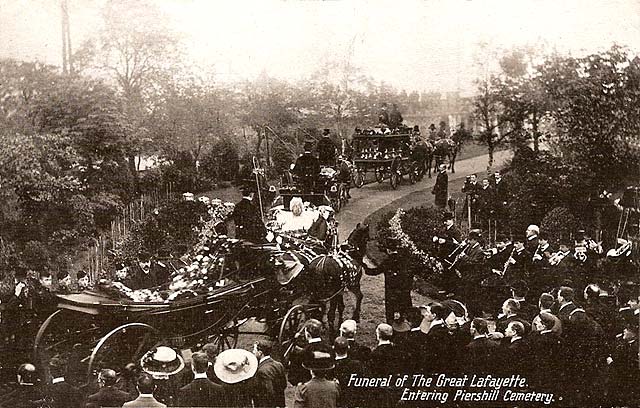 On 14th May 1911, The Great Lafeyette, was cremated and the urn containing his ashes was laid to rest between the paws of his best friend, Beauty.

Years ago, while in Edinburgh I visited the grave of Sigmund and Beauty, a quite simple kerbed plot, headed by a simple yet informative headstone.

In the company was one James Edwin Baines, who I was sent information many years ago, but with computer glitches lost that information, so I have had to start again.

Early in 1881, James married Sarah Bailey, in the Dewsbury Registration District  and they can be seen in the census of that year, living at 72  Kirkgate.  James is employed as a clog sole maker. By the time of the 1891 census, James and Sarah were mother and father to four children.  The family lived at 10 Kirkstall Lane and James worked as a Journeyman Clogger

James in 1901 was living on Bradford Road, East Ardsley, a few houses away from the Black Swan Inn, married to Sarah and father to Edwin, Mary, Elizabeth and Esther – working as a Rate Collector.

On the night of 2nd/3rd of April 1911 census was taken and there is a James Edwin Baines, born in Leeds around 1861, which ties in with information regarding funeral arrangements made in Edinburgh. James is a 50 year old man, working as a musician, a visitor in the house of Henry Robert Tubbs, a car-porter living in Brighton, also in the house, as visitors, are other acrobats and musicians from various countries in Europe.  How has James come from being a rate collector to working as a musician.  If James is Brighton, where is his wife.  Well Sarah, is within a few miles of her birth – Hanging Heaton. Sarah, in 1911 says she has been married 29 years, bore 11 children and suffered the deaths of 7.  But as her husband is not with her, that information has been struck through.  While her husband was away, and more than likely when he was at home, Sarah worked as a woollen weaver in one of the local mills, close to her home at 10 Wordsworth Square, Morley (bottom of Commercial Street). 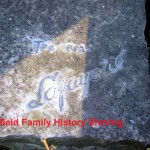 Sigmund is also on the census, he is living at 55 Tavistock Square, London. He is entered as Mr Lafeyette, 38 years old and says he is born in Los Angeles. He is single and works as a Music Hall Artist, of independent means. Also entered is Beauty Lafeyette, aged 16 of independent means and there is a 1 in the ‘children living’ column. Both the children living and the entry have been lined through. In the infirmity section Mr Lafeyette wrote ‘too good’ that has also been struck through.

The death of Mr Baines, it is thought was due to a gallant effort to rescue two members of the show from their dressing rooms. The body of James Edwin Baines, of Hackney, London, was encased in a polished oak coffin, accompanied by his wife and sister, he was conveyed by the 10.50pm train to Wakefield, where he would be interred in Woodkirk Churchyard. The solemn event was witness by family, friends and the majority of the local communities, who held James in high regard.

The building that once was the Black Swan Inn, still remains and today 98 Bradford Road, East Ardsley has been the home of H Waterhouse and Sons, since they moved there from Waterhouse Corner, opposite Woodhouse Lane.

Note- some sources say that James was accompanied on his last train journey by his brother-in-law.