Buchlyvie lies between the Highlands of Scotland and its more gentler Lowlands.  In years gone by the villagers would been wary of the ‘fowk from the Highlands’ who were known to come down and steal cattle from the local pastures.

Stirling, Glasgow and Edinburgh are within easy reach, as are the Trossochs and Aberfoyle.  Many inhabitants may commute to work but there are many who stay in the village and keep the services going i.e. The Buchlyvie Inn and the Rob Roy + the cafe, B & B, garage, shop, butchers and hairdresses to name but a few. 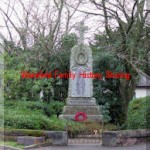 The War Memorial to remember  Buchlyvie men is situated on the edge of the village and sits proud in a small garden at a ‘T’ junction for all passers by to see.  The consists of a contrived rough cut stone set upon a few tiers with a wreath mounted above the names, surmounted by a cross.

So who is mentioned on the memorial ?  Robert Alexander ; Andrew McLaren (MacLaren) ; Willliam McLellan born in Huntingdon, Yorkshire and enlisted in Stirling ; Ronald J McOnie of Buchlyvie, with brown eyes and hair  and served with the Canadian Forces ; Archibald McVicar, son of Niven and Bessie and Alexander McIntyre who died of wounds and rests in one of France’s National Cemeteries.  I’ve only mentioned a few here but follow the link to read more.

Oh! and if you have any more information about these young men, please let me know and I’ll add it the the page. 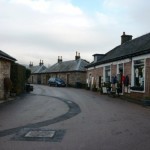 The Wakefield Festival of Food, Drink and Rhubarb takes place on Friday 25 and Saturday 26 February 2011 – yes, this weekend. 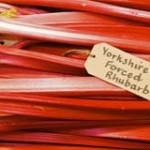 Whats happening this weekend then ?

For a full list of places to stay, see and do during the 2 day event click here.

What are you waiting for, head into Wakefield on Friday or Saturday, but then why not both days and enjoy !! 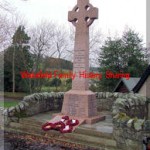 You may not always have your family history information at hand on a normal day but you  nine times out of ten have your mobile phone.

If like me you have a lot of ‘stuff’ you need to carry, information wise, a specific ‘outing’ is needed to visit a library, archive or other repository.  If you are going about your every day life, you don’t keep this information at hand or have access to your Family History Diary – although an A5 Family History Diary, could be kept in your bag.

What do you do if you pass a village or house where family came from ? See a local war memorial with relatives names on or meet someone unexpectedly meet a relative or someone who knew your family ?

Normally, its rummage around for a scrap of paper, use a serviette or try and remember all the information.  Yes, done that before and you forget at least something.

Do you have an I phone ? If you do its good news as they have developed an App for such an occasion and it dosn’t cost that much, but could save you the embarrassment of trying to contact the person who gave this information or trying to retrace your steps to find the house or memorial – both time consuming and inconvenient.

I have not tried the App so can’t tell you of any hitches and glitches it may have, but one thing I do know is that as it is mobile phone driven it does need a good signal.  There is no point in getting very frustrated in a graveyard in the middle of nowhere when trying to add information if you don’t have a signal – now that is not the App’s fault.

Good News, Find My Past, like many others will be having a stand at the Who Do You Think You event which opens its doors next the  Friday, 25th February 2011.

To promote this FMP they are offering,  for a limited period 10% discount – valid from 21st February to 4th March 2011.

To take advantage of this discount click on the Find My Past link below and enter the discount code when prompted in the payment section.

As well as Find My Past there will be lots of other well known faces there including :- The Society of Genealogists ; Ancestry ; Alan Godfrey Maps ; Archives for London ; Commonwealth War Graves Commission ; Parish Chest ; Scotlands People ; Various magazines and Publishers + over 100 workshops.

Tip :-  Take smaller denomination notes (£5 & £10) and £1 coins, don’t weigh yourself down with coins but it does make it easier for those smaller purchaces.

Tip :- Take copies of documents, don’t risk the chance of losing the originals.

Tip:- Make notes of the names, places, dates etc that you may need or put it all in a Family History Diary and have all your information in one place and at hand for those excursions i.e. a day out at WDYTYA or a visit to the Archives or Local Studies Centre.

Have a wonderful day

Family History Diary – click here to get your diary in a choice of sizes and colours – making it easier to follow your family. 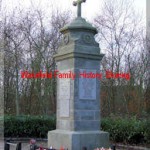 Lumphanan, a hamlet and a parish in Kincardine O’Neil district, S Aberdeenshire. The hamlet has a station on the Deeside section of the Great North of Scotland railway, 27 miles W by S of Aberdeen; a post and railway telegraph office; a branch of the North of Scotland Bank; an hotel; and fairs on the second Thursday of January, February, March, April, May, September, and December.

The village now has neither a church or a station but does have a golf course, a school and a fine War Memorial. 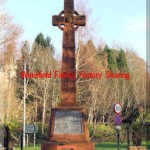 A Gazeteer entry for 1882 describes Shandon as follows :-

Shandon, “hamlet on north side of Gareloch, 5½ miles north-north-west of Helensburgh, Dumbartonshire. It took its name, signifying ‘old fort,’ from an ancient fortalice, now almost extinct; it has a post office, with money order and telegraph departments, under Helensburgh, and a Free church; and it is near the elegant modern mansions of Shandon Lodge and West Shandon. Pop. 291.

Shandon, however, just a few short miles from Rhu developed alongside similar settlements to form fashionable residential areas for the wealthy Glasgow merchants.  West Shandon House was one of these residences for Robert Napier and housed his vast art collection.  Another residence is Shandon House, built for William Jamieson c1849 and now a Grade B Listed Building .  The house and its grounds overlook Gare Loch – now owned by the MOD  the house has been a school –  a remand home.  But sadly the once grand fittings and plaster work are now in a sad state of decay as Shandon House has lain empty for many years.

The Shandon area is now, since the 1960’s, dominated by the Royal Naval Base at Faslane.

To have a look at the Lumphinnan War Memorial click here

To have a look at the Shandon War Memorial click here 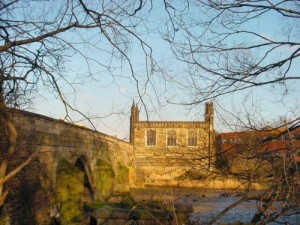 In March, Kate Taylor, historian, writer and font of knowledge on  subjects including Wakefield and the Chantry Chapel, will be giving a series of FREE talks in the Chantry.

14 March The origins and growth of the Diocese
21 March Reorganisation, reordering and redundant Churches
28 March The changing role and status of women
Tea and Coffee are available and Donations to the Friends fund for maintaining the Chantry Chapel are always welcomed. 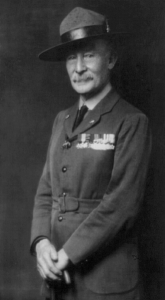 The war memorial at Cardross is a very magnificent tribute to the men from the area, but I get the feeling that the placement could have been better. 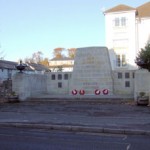 Yes, the memorial is roadside for all passers by to see and acknowledge  the  loss of the area but I feel that putting the memorial in a small gardened area or in a park would have given the large memorial more impact – such a large memorial for 8 plaques.    Did Cardross want to ‘out do’ the other villages or where they so proud they wanted the world to know ?

I have seen one picture of the memorial will a row of trees in the background, probably before the buildings were there, which did make the memorial look more ‘cumfy’ in its surroundings and less stark.

But one thing they should be proud of is the fact that a Victoria Cross was awarded to one of their own – one W H Anderson.

Other names on the memorial area :-  Hugh Caldwell ; Malcolm McKillop ;  W Beardmore Stewart and Adam Umpherston, to name a few.