Last year I found a leaflet asking for relatives of those WW1 soldiers who rest in Lijssenthoek Military Cemetary to come forward with any information or documents they may have and as I have original documents relating to my great uncle, there was only one thing to do and that was make contact – well you would, wouldn’t you, it is only being polite after all!

I made contact and as I have a little ‘bolt hole’ quite close to Poperinghe I made several visits to my contact who at the time worked out of Toc H and had many cups of tea there, if I may say, the best cups of tea in Belgium.  So, with my documents copied and information regarding my great uncle passed on I awaited the day I could visit.  I was invited to the opening in the autumn of 2012 but a few days holiday was not available………..so I waited.

The summer of 2013 in August was very hot and on one of the cooler afternoons I crossed the border to my uncle’s ‘little piece of England in a foreign land’.  The visitor centre is situated on a parcel of land at the side of the cemetery.  I did see the work in progress last year but then it was hard to imagine the building and ideas used.  The people at Toc H had told me of the ideas they wished to use and it sounded wonderful. 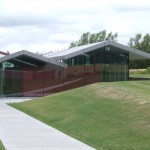 My first stop was, you guessed, the centre and after parking my car took the short walk to the single story centre.  Inside there is a plain red wall with two rows of speakers – for the tall and the short, each tells of the happenings from the area in a soldiers words and is available in four languages.  At the rear of this wall is the main archive area, all in white with red accents.  This could be symbolic of death and blood or red for the poppies.  My aunt a nurse would never have white and red flowers together in the same vase.  The room has a central work station with banks of computers listing all the men and one woman (Nellie Spindler) who rest within the boundary of the cemetery, and is easy to search. 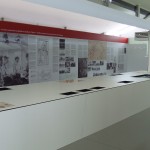 I searched for my uncle, as I expected the CWGC information was there but also my pictures but I was disappointed not to find the original documents I had taken in were not available – never mind, may be at a later date or they may save them for a display, must keep visiting. 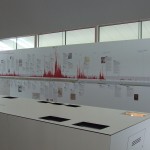 The displays on the wall are ‘clean looking’ and very informative.  There are photographs or the original wooden crosses, maps and aerial photographs, Director of Graves photographs, casualty records, letters requesting monies for extra working on their relatives headstones (my family paid the extra charge).  You will have seen this if you have visited a WW1 headstone – the wording at the bottom i.e. Much loved son, Dearly loved husband and father.  One wall has a plan showing the happenings on the Ypres Salient and a series of red spikes show when the most deaths occurred.  To say the Salient was on for quite a long time the spikes occur in a small time span.

When I visit any CWGC cemetery I am either overwhelmed by the number of headstones of men, young and old who gave their lives, for example a visit to Lijsenntheok or Tyne Cot brings this home very well, but there are also small off the beaten track cemeteries with sometimes only a dozen or so men.  Moving as this can be you don’t know who the men or women were, do you?  What did they look like, what colour eyes or hair did they have, how did they comb their heir, did they have a parting?  Were they clean shaven? For some of the men this now can be answered thanks to a red box like structure in the centre.  Pictures of the men and the one woman are placed within what 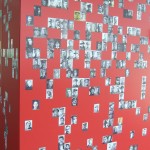 looks like a pencilled rectangle – one space for each headstone.  I am pleased to say that my great uncle, Herbert Siddle, Pte., 242874, 1/4th K.O.Y.L.I who died of a bullet wound in his neck, is positioned on the photo wall very close to Nurse Nellie Spindler, also from Wakefield, West Riding of Yorkshire, as it was during their time. 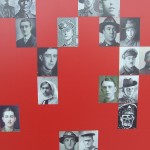 In amongst these pictures is a screen displaying information regarding a soldier who died on the date of your visit.  The date of my visit – 16 August a young man named James Ernest Gordon was remembered. But what I 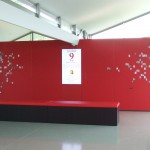 did like was that with the press of a button, you could print out information about him for example, his parents names, that he had siblings and that a fiancee never shared a special moment at the alter becoming his wife.  That he served in the Balkans and according to his second Lieutenant and was gassed helping a wounded comrade. He was overcome by the effects of the gas but did make it to No 10 CCS, the British evacuation hospital in Lijssenthoek at 9:45 and breathed his last some thirty minutes later.

After going around the centre if you care to take a walk to the cemetery you will notice that the old car park out side the main gates (if you have been before) has gone and now a path takes you towards these gates.  The path is protected from the road with what at first glance look like rusty metal pylons, but on closer inspection you can see that every one is dated – one for each day of the events 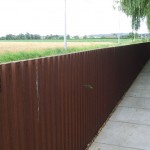 Was it worth a visit?  Yes!

Would I go again?  Yes!, of course, as the displays could change and I may get to see the original documentation kept by his mother at the bottom of a blanket box, along with the local newspaper, his picture on the front page as KIA and the insertion by his parents and family later in the paper saying how saddened they were at his loss. 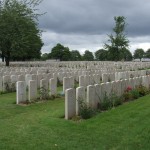 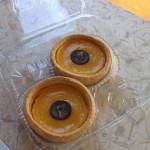 And finally, my reward for a nice afternoon out – only one eaten at a time – promise!!