I can’t remember how I came across Adam, but there must have been a snippet of information made me put him in my blogging filing cabinet, my old grey matter!

Adam Lind Chivas was born at Greyfriars Street, Elgin on the 14th of August 1886 – the son of John Chivas and Margaret Murdoch.

Adam’s father had been a merchant running his business from Commerce Street, Elgin. The Aberdeen Free Press of 21st April 1888 includes an advertisement for a ‘Desirable Licensed Merchants’ for sale by a private bargain with stock and fittings in value to about £400.  Why did John wish to sell his livelihood a few years after his sons birth?

Adam worked as a Maltman.

Adam married Isabella Thompson in May 1913.

In 1914 the war, that would come to be known as ‘the war to end all wars’ (but it didn’t) broke out and Adam like a great number of local young men enlisted.  He enlisted in Elgin, as did many others. He joined the Seaforth Highlanders and became Private S/7253.  The 2/6th Seaforth Highlanders had been formed at Elgin in the September of 1914.  Could Adam and others have joined when a recruiting drive took place locally?  The 2/6th moved to Fort George but Adam was in the 9th Btn.  The 2/6th was only a short-lived Battalion, was it that Adam was transferred to the 9th during his time there?  The 9th moved to Aldershot and became a Pioneer Battalion of the 9th Division before moving to Farnham and then France.

During 1916 they took part in The Battle of The Somme, Delville Wood and Le Transloy.  Adam was Killed in Action on the 19th of March 1916 and rests in the London Rifle Brigade Cemetery just outside Ploegsteert (Plug Street). 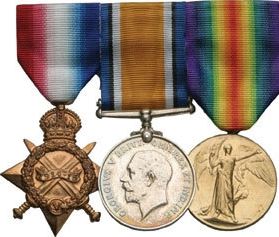 The Service Record for Adam has not survived but other documents can give a great deal of information.  Adam L Chivas (Chevas) has two Medal Cards – one tells he entered France on the 10th of May 1915, thus marking him eligible for the 1915 Star and that he was K in A.  The other using Chivas as the surname is less informative but gives his entitlement to the British and Victory Medals.

The most informative document is his Pension Card but this document also raises a few questions.

The CWGC have his age at death as 29, so do newspaper obituaries for the time.  The Pension Card has his date of birth as 19th of April 1877 – a possible transcription error.

The aforementioned newspapers have his wife as Bella, Isabella whom he is said to have married in 1913.  After taking a second look at a few websites and confirming the information already known it was now time to bite the bullet and visit ScotlandsPeople which confirmed a thought I had had after the previous information was fund to be correct.    I find in family history you can’t always think in the box, sometimes you have to venture way outside to find that sneaky bit that tries to hide.

The information on the card I refer to is children – Helen born June 1901, Jame Ann born December 1903 and Christina Born 1909 – all listed as Cameron and marked as Step Children.  It was ScotlandsPeople that confirmed that Isabella’s marriage is cross-referenced under Thompson and Cameron.  It looks like Adam Lind Chivas was her second husband. Now that little problem is sorted.  Home for Adam and Bella had been 11 Land Street but she must have moved as North View, West Road, Elgin was the final address.

How much Pension did Bella receive?  She received 23/- per week from 2nd of October 1916.  This must have been paid in arrears as the award date was 29th September 1916.

Adam Lind Chivas is mentioned with many other Moray men and women in the Morayshire Roll of Honour.