A few years ago my cousin and I were jointly researching branches of our family tree.  I was doing the internet side by looking at census, military service records and other online sources.  He was going the ‘old school’ route by visiting the archives and viewing the church records on microfilm.  Normally, on a Sunday morning we would have a long chat on the telephone, compare notes and decide what other routes to go down and people to search out………..It worked for us and we found a lot of information about our joint relatives, their spouses and children.

It was while researching a joint relative – nearer to him than me by just a little, we ventured into the Shepherd line.  There were a few ups and downs and a few hiccoughs along the way but with a joint effort, we got there.

And so it was that in 2010, one sunny but cool Sunday afternoon I ventured forth with car keys, camera, spare batteries and music for my journey a few miles down the road.  But before I tell about that day, it may be good to know who Albert was.

Albert Edward Shepherd was the son of Noah Shepherd and Laura Darwin born in 1897 in the small town of Royston near Barnsley.  Albert was not our main interest, it was his brother Jabez born in 1905 that was the direct relative.  But you know how it is with family history, you start off in a nice orderly fashion then off you go on a tangent.  It seemed that Albert was our tangent, but at least some of the information fitted them both.

Noah was a Shropshire man, a miner by trade and it looks like he followed the coal fields ending up in Royston where he met Laura who was from Hoyland Common.   The couple married in 1896 and went on to have 6 children born between 1897 and 1908 in and around Royston.

1901 the family were living at 2nd 5th Hallam Street, Brightside Bierlow, Sheffield.  By the time the 1911 census came around Noah was a widower bringing up his children in Royston.  Not only had he lost his wife but one of their six children had also died.  Albert was working like his father, down the mine.  Also in living in the house was Thurza, Noah’s mother;  Percy his 15-year-old brother and Joseph Darwin, his father in law, also a widower.

One source says that while he was working at New Monkton Colliery, his main sources of recreation were boxing and running. 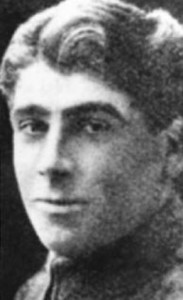 Albert enlisted, but some say it was on the first day of the war, while others say it was  on the 4th of August 1915, but his Medal Card says he enlisted on 18th of August 1915 being drafted into one of Lord Kitchener’s service battalions, the 12th King’s Royal Rifle Corps – that regiment all are agreed upon.  Again I seem to be highlighting a member of this regiment, but this time it is not intentional.  During his service, he was seriously wounded in the arm and gassed twice – thus qualifying for a Silver War Badge and an Army Pension.

He was promoted to the rank of Lance Corporal on 28 August 1916 and became acting Corporal one month later on 28 September 1916. He was still a young man but had taken part in the Battle of the Somme in 1916 and the Battle of Passchendaele in late 1917.

His love of running served him in good stead as it was while a company runner that he was awarded the highest and most prestigious award for gallantry in the face of the enemy that can be awarded to British and Commonwealth forces – The Victoria Cross. 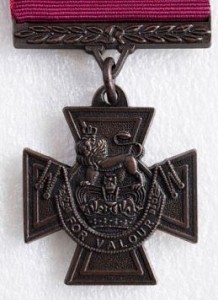 For most conspicuous bravery as a company runner.

When his company was held up by a machine gun at point blank range he volunteered to rush the gun, and, though ordered not to, rushed forward and threw a Mills bomb, killing two gunners and capturing the gun. The company, on continuing its advance, came under heavy enfilade machine gun fire.
When the last officer and the last non-commissioned officer had become casualties, he took command of the company, ordered the men to lie down, and himself went back some seventy yards under severe fire to obtain the help of a tank.
He then returned to his company, and finally led them to their last objective.

He showed throughout conspicuous determination and resource. 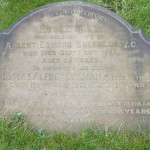 The Great War, the war to end all wars, came to an end for Albert on the 2nd of January 1919, when he was discharged and he returned home to Royston. He went back to the colliery as a caretaker and on 17th of February of 1919, he married Rosezillah Tillman.  Rosezillah died in September of 1925 and rests in Royston Cemetery.

On the 6th of November 1926, Albert married for the second time, this time to Gladys Maud Lees.

He later joined the Corps of Commissionaires. 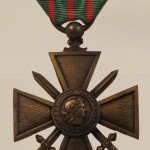 As well as the Silver War Badge, for being injured,  his tally of military and civilian medals added up to quite a few:- 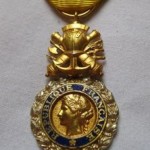 In June of 1920, he attended the Buckingham Palace garden party, given by King George V for Victoria Cross Recipients.  His Majesty was accompanied by The Queen and other members of the Royal Family. The recipients assembled at Wellington Barracks and marched to the Palace via Birdcage Walk.  The King inspected the Victoria Cross Recipients who later filed past his Majesty and all had the honour of being presented to The King and Queen. Nine years later was a guest at the Prince of Wales’ House of Lords’ dinner on 9th of November 1929.  He retired in 1945 and the following year attended the Victoria Cross dinner at the Dorchester.  It was his normal practice to attend most of the Victoria Cross / George Cross functions, one of which was the Hyde Park Review in June 1956 and the review f the Corps of Commissionaires in May three years later.

The Imperial War Museum has within its vast collection invitations and souvenir programmes for the Victoria Cross Garden Party. 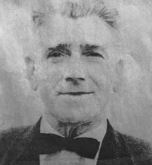 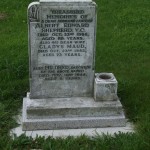 He was given a full military funeral at St John the Baptist Church, Royston.  His cortege as it made its way to the church was given a guard of honour.  The Union Flag was draped across his coffin and his Victoria Cross and Croix de Guerre were proudly laid upon his countries flag.  The Last Post and Reveille were played at his graveside.

In 1968 his second wife, Gladys presented his Victoria Cross and his other medals to the Royal Greenjackets at Winchester. 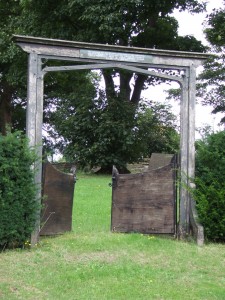 It is said that a vicar in the 1980’s used part of the archway, which bares Alberts memorial, as part of a washing line – needless to say, it did not go down well with the local British Legion.

And so………..back to that day when I ventured forth with keys and camera.  I eventually found the cemetery and proceeded to walk up and down scanning the headstones, but Alberts could not be found. I had found Rosezillah’s headstone, but no Albert.  There were quite a few people around mostly using the cemetery as a shortcut.  I asked many of them if they knew where Albert was, after explaining why I was looking for him and why he was special to Royston.  Sadly, not one of them had heard of him or knew where he rested.  Finally, I spoke to a man who suggested I spoke to a couple who were just making there way down the path.  With a quick turn around and the couple in my site – I found him, within feet of where I stood, and therefore, did not need the couple proceeding down the path.

A few weeks ago, I spoke to Barnsley local studies, wondering if they had any information that had eluded me.  I was told that Barnsley was very proud of Albert – my previous experience led me to take that with a very big pinch of salt.  I came to the conclusion that money had been made available in the form of a grant and like a lot of other councils, schools etc., have got on the 100-year bandwagon.  But, how long will they remember after 2015 or even 2018 I ask?

Many groups, associations and individuals have been remembering for much longer and will remember long after 2018 – personal rant over! 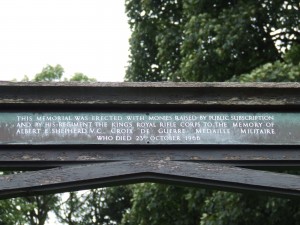 The inscription on the arch ‘This memorial was erected with monies raised by public subscription and by his regiment the King’s Royal Rifle Corps. to the memory of Albert E Shepherd, V.C., Croix de Guerre, Medaille Militaire who died 23rd October 1966.

Although the arch looks a little worse for wear these days, with the varnish crackling and the wood rotting a little, the memorial stands proud.  If you take a walk to the back of the memorial that now stands to the rear of the War Memorial, you will see the original gate that someone covered over with what looks like plyboard. 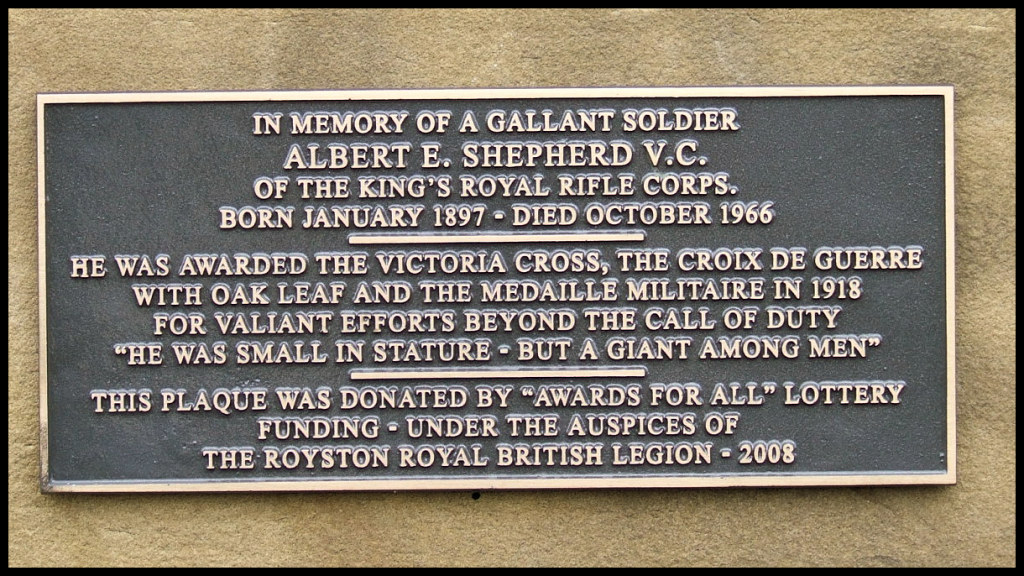