Victoria Cross winners in Scotland during World War 1 – do you have one of Scotland’s heroes in your family tree? 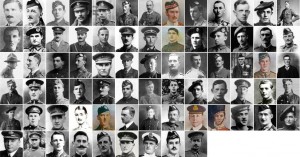 During The Great War 627 people were awarded the Victoria Cross, the highest military decoration awarded valour ‘in the face of the enemy’ to members of the armed forces, or civilians under military command, of Commonwealth countries and previous British Empire territories.  It is the first order of wear in the UK and takes precedence over all other orders, decorations and medals – including the Order of the Garter.

What I have just omitted to tell you is that 74 of these Victoria Cross winners were Scottish.  In an earlier blog I spoke about Piper Daniel Laidlaw, who served in the DLI (Durham Light Infantry).  All of the 74 recipients will be remembered as part of Scotland’s War Project 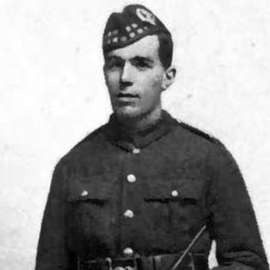 Robert McBeath, born in Kinlochbervie, Lairg, served as Lance Corporal, 240171 in the Seaforth Highlanders. Robert was the youngest of the 74 Victoria Cross recipients.  His citation  in the London Gazette for the 8th of January 1918 reads:-

GAZETTE ISSUE 30471, VICTORIA CROSS,:    His Majesty the KING has been graciously pleased to approve of the award of the Victoria Cross to the undermentioned:- No. 240171 Lance-Corporal Robert McBeath, Seaforth Highlanders (Kinlochbervie, Lairg, Sutherland). For most conspicuous bravery. On 20 November 1917 west of Cambrai, France, when with his company in attack and approaching the final objective, a nest of enemy machine-guns in the western outskirts of a village opened fire both on his own unit and on the unit on the right. The advance was checked and heavy casualties resulted. When a Lewis gun was called for to deal with these machine-guns, Lance-Corporal McBeath volunteered for the duty, and immediately moved off alone with a Lewis gun and his revolver. He located one of the machine-guns in action, and worked his way towards it, shooting the gunner with his revolver. Finding several other hostile machine-guns in action, he, with the assistance of a Tank, attacked them and drove the gunners to ground in a deep dug-out. Lance-Corporal McBeath, regardless of all danger, rushed in after them, shot an enemy who opposed him on the steps, and drove the remainder of the garrison out of the dug-out, capturing three officers and thirty men. There were in all five machine-guns mounted round the dug-out and by putting them out of action he cleared the way for the advance of both units. The conduct of Lance-Corporal McBeath throughout three days of severe fighting was beyond praise. 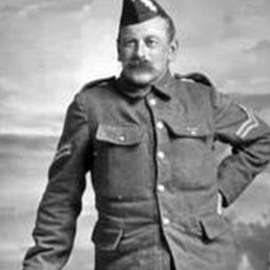 John had been born in Keith, Banffshire in 1867 and served as Corporal 2832, later rising to the rank of Sergeant.  His citation was included in the London Gazette on the 29th of June 1915 and reads as follows:-

VICTORIA CROSS,: http://www.london-gazette.co.uk/issues/29210/pages/6270. No. 2832 Corporal John Ripley, 1st Battalion, The Black Watch (Royal Highlanders). On 9th May 1915 at Rue du Bois, France, Corporal Ripley led his section on the right of the platoon in the assault and was the first man of the battalion to climb the enemy’s parapet. From there he directed those following him to the gaps in the German wire entanglements. He then led his section through a breach in the parapet to a second line of trench. With seven or eight men he established himself, blocking other flanks, and continued to hold the position until all his men had fallen and he himself was badly wounded in the head.

John survived the war and died in 1933 in St Andrews after falling from a ladder.

One final man to be mentioned is Seaman George McKenzie Samson, born in Carnoustie in 1889 and served in the Royal Naval Volunteer Reserves as Petty Officer, O.N. 2408A.  George was awarded his Victoria Cross during his time in Galipoli.  His citation from the London Gazette of 16th of August 1915 reads:-

GAZETTE ISSUE 29264, VICTORIA CROSS,: http://www.london-gazette.co.uk/issues/29264/supplements/8132. The KING has been graciously pleased to approve of the grant of the Victoria Cross to the undermentioned for the conspicuous acts of bravery: – Seaman R.N.R. George McKenzie Samson, O.N. 2408A. On 25th April 1915 during the landing on V Beach, Cape Helles, Gallipoli, Seaman Samson, with three other men was assisting the commander of their ship, HMS River Clyde at the work of securing the lighters. He worked all day under very heavy fire, attending wounded and getting out lines. He was eventually dangerously wounded by Maxim fire. Medaille Militaire.: http://www.london-gazette.co.uk/issues/30870/supplements/10092. 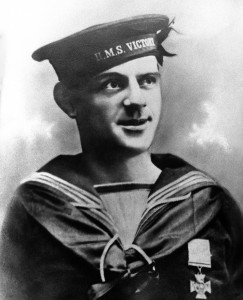 George was also awarded the Medal Militaire and his citation for the medal awarded by the French Republic reads :-

GAZETTE ISSUE 30870, MEDAILLE MILITAIRE, Decoration conferred by the President of the French Republic for distinguished services rendered during the War. His Majesty the King has given unrestricted permission to wear the Decoration in question.

The Victoria Cross belonging to George is part of the Lord Ashworth Collection in the Imperial War Museum, London.  He joined the Merchant Navy after the war,  dying of pneumonia. He rests in St. George’s Military Cemetery off Secretary Lane in St George’s, Bermuda.