The other day I went through all the cemetery photographs taken while I was staying in Lossiemouth during July 2020 and there were quite a few! The purpose of this exercise was to make a note of the headstones I thought would make an interesting blog.

What made the headstone of interest? Well, it could be the names carved in the memorial; the regiment; place of death (if included) or just a little something that sparked my interest.

One person today ticked one box twice – first with one of his first name and secondly his surname.

Who is he? William Alaister Drage Riach.

But, before I tell you about William Alaister Drage Riach I must tell you a little about his father, William.

William Snr had married Isabella nee Yeats, and at one time the couple had lived at Braco Place, 40 Hawthorn Road, Elgin.

On the 13th of June 1918, William Snr, a tailor, born in 1874, enlisted at Kinross into the RAMC. His time in the military was a short one as on the 25th of February the following year he was Demobbed.

In the previous months, William Snr served as Private 153351 and had spent time in K Company, Blackpool.

Service Records, if they have survived the damage caused during WW2, can contain so much information. Also, the Pension Records preserved by The Western Front Association and available on Fold3 – contain much more information. And can contain more personal details.

And so back to William Jnr. In September 1951, William Jnr and his wife Dorothy Wordsworth, Gardiner whom he had married in 1942, returned to Britain from Nyasaland. Nyasaland was from 1907 a British protectorate. Between 1953 and 1963 it became part of the Federation of Rhodesia and Nyasaland. After the Federation dissolved in 1964 the area was renamed Malawi.

Where did his life in the ministry start? William had attended Aberdeen University to study theology. According to the Aberdeen Press and Journal of the 2nd of April 1935, he passed and his graduation was to take place the following day in the Mitchell Hall, Marischal College. 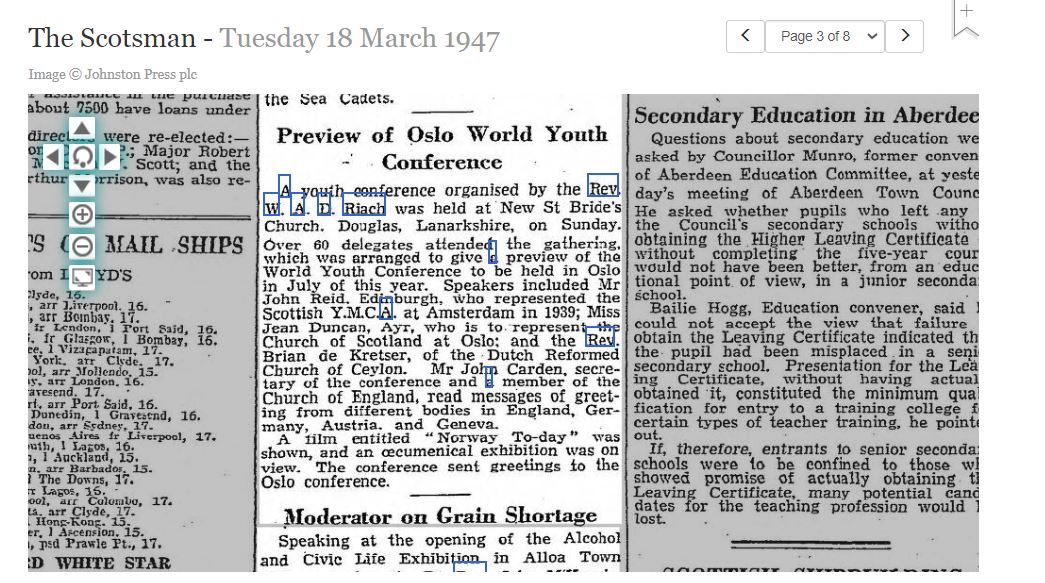 William served time as a probationary minister in Elgin, before moving to parishes in and around central Scotland before venturing further afield. While at New St Bride’s Church, Douglas, Lanarkshire William organised a Youth Conference which was attended by over 60 delegates. Speakers included those from Scotland and Amsterdam with messages being read out from messages of greetings from various bodies in England, Germany, Austria and Geneva. 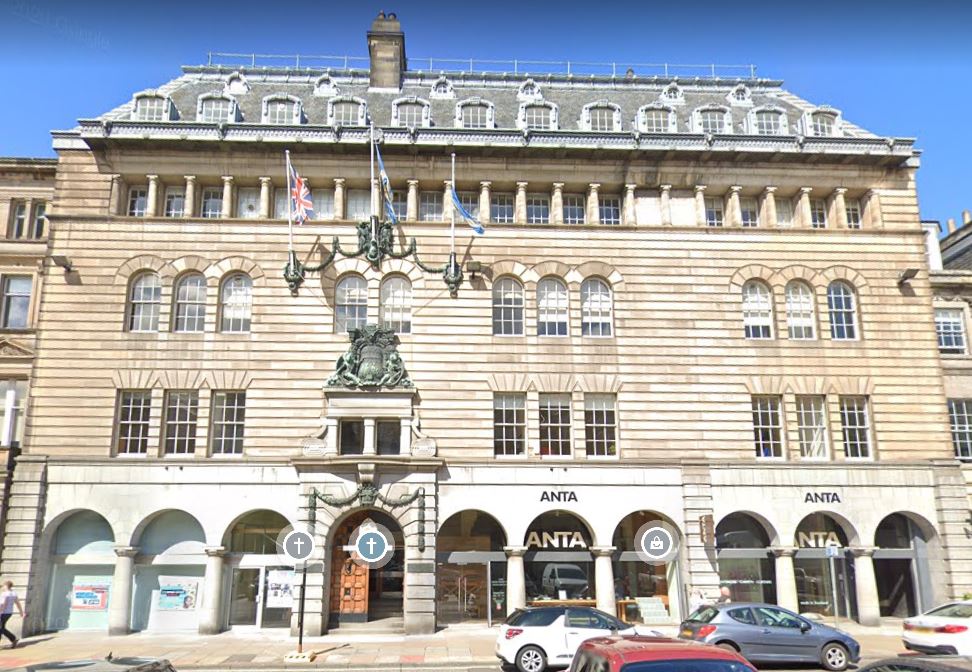 The couple, William and Dorothy were on the move again in July 1952, this time their children were with them – Miss R E; Miss H M; Mstr N D and Miss A W. They again gave their UK address as 121 George Street, Edinburgh. All were to disembark the ‘Rhodesia Castle‘ at Mombasa.

By 1956 William Jnr and Dorothy are back in Africa as according to the Kenya Gazette the couple are living in Kiambu north of Nairobi.

William and Dorothy moved to Newfoundland, Canada and after a full live William died in 1999. His obituary reads:-

Riach, William Alastair Drage, died on Saturday, September 4th, at the Agnes Pratt Nursing Home. Predeceased by his beloved wife Dorothy on June 3rd, 1999. Father of Rosalind Gray, Hilary Vavasour, Neil Riach and Alison Decker, father in law of George Gray, Andy Vavasour, and Carolyn Currren; grandfather of Sarah and Stuart, Claire and Peter, Tristan, Rachel and Kathryn, friend and teacher to many. The funeral service will be held at St. James United Church, Elizabeth Avenue, St John’s on Friday, September 10th at 2 pm followed by the burial of his ashes as his Country hoe in Avondale. No flowers please, cards and notes appreciated. Donations may be made to a charity of one’s choice. 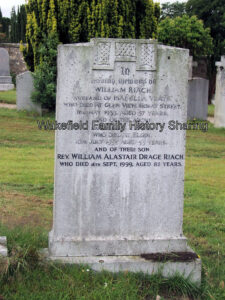 William is remembered on the family headstone in Linkwood Cemetery, Elgin but there is no mention of his wife or where he died or his missionary work.