In 2006, a Thursday outing or war memorial hunt, as my husband called them, ended up in Whitby.

Whitby, a traditional North Yorkshire fishing town, now like quite a lot of coastal towns and villages becoming somewhat commercialised, with many of the traditional shops giving way to cafe’s, bars and charity shops. Once famed for its supply of jet that was sourced and worked locally and made famous by the making of Victorian Mourning Jewellery as worn and made highly popular by Queen Victoria wearing of brooches and other items made of Whitby Jet after the death of Prince Albert. Now, Whitby is known worldwide for its connection to Dracula and Goth Weekends.

Back to 2006, after walking around the town and having a fish and chip lunch we happened upon St Ninian’s Church – well, I had to go in, didn’t I? As it happens the priest was on site, and after the usual polite conversation, I asked where the war memorial was and could I photograph it. After finding out where the memorial was and answering why I wanted to photograph it, he went on his way and I took the photographs.

My partial transcription of St Ninian’s Church and other local war memorials forms part of an exhibition being held at The Brunswick Centre, Brunswick Street, Whitby YO12 8RB 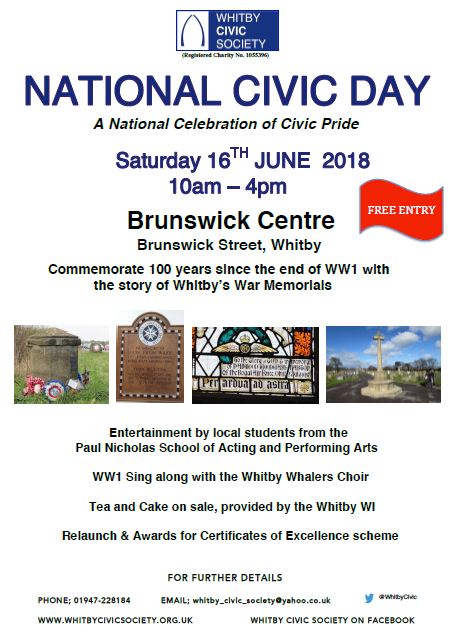 on the 16th of June 2018 between 10:00 – 16:00hrs. The exhibition is organised by Whitby Civic Trust will display the war memorials surveyed and researched to date and it is hoped that visitors and relatives of the fallen will be able to help with their research.

The research lead by Joyce Stangoe culminates in the display followed by a self-guided walk leaflet and the publication of a book to preserve and share their work.

I have given The Trust permission to use information from my St. Ninian’s page in their research, but in the meantime, I thought I might give you a little taster as to what could be available on the day!

John and Ann Parkyn  (Parkin) during the war that became known as The Great War, saw three of their sons enlist – Arthur, George and Matthew.

In 1901 John and Ann were living at Low Hospital Road. John was a cab driver, while Arthur and Matthew were at school, aged 12 and 10 – John George by this time had left home.

Ten years earlier in 1891 home was Tynemans (sic) Yard, Whitby. John Parkin worked as an iron miner. His older boys, William J and John G aged 19 and 16 have followed their father into iron mining, while Thomas was aged 9 and attended school. With two-year-old Arthur and eight month old Matthew as the baby of the family.

George (John George) and Matthew served in the military during the 1914-1918 war, but it is their brother Arthur who is positively found on many records 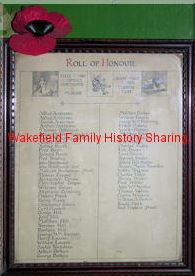 Arthur had been born on January 13th, 1889 and baptised the next month in St Michael’s, Whitby He married Catherine Mary Stephens in 1911 following Banns that were read out on the 10th, 17th and 24th of September. During the war, he enlisted in Whitby and served in the Royal Garrison Artillery, Heavy Battery, as Gunner 31125. He was killed in action on Tuesday 17th of September 1918 and is remembered on the Vis-en-Artois Memorial to the Missing with over 9,800 other casualties with no known grave. 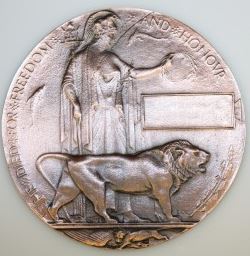 It was over the next 12 months that Catherine, Arthur’s widow, was to receive the sums of £12 18s 4d, 11s 6d plus a war gratuity of £15. She would also be the one to receive his British and Victory Medals (if they were requested), along with the ‘Death Penny’ Plaque and Scroll.

Why not visit The Civic Trust’s exhibition on the 16th of June and see who else from Whitby paid the ultimate sacrifice.