Who is Fred Stringer, you may ask? Why is he deserving of a page in my ramblings?

Fred has been mentioned before. Where? In my previous blog about Arthur Moorhouse. Remember near the end I said I would tell about ‘Betty and Fred’. It seems their time has come!

Starting from where my interest in Fred began while looking for a Service or Pension record for Arthur Moorhouse, his brother,  I came across an entry for ‘Arthur Moorhouse, Wakefield, brother’. Could this be the Arthur I was looking for, well yes it was, but in the wrong context – I wanted a soldier, not a brother. But saying that, and after a little diversion from Arthur I found something just as interesting – his brothers Pension Record – a bonus and interesting. 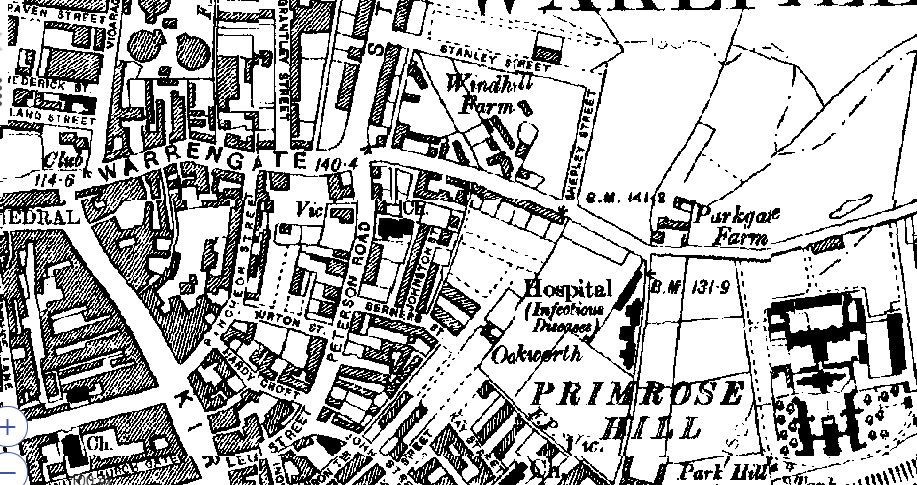 The record set opened and told me Fred’s relatives – his mother was Betty Moorhouse of 23 Warrengate, Wakefield. His elder brother was William of Briggs Yard, Northgate, Wakefield and two younger brothers, Arthur (we know of) and Ezekiel, both of Warrengate. This family were all mentioned in Arthur’s section and confirmed in census records.

Fred’s Pension Records – Fred Stringer of Ossett near the town of Leeds, according to his Attestation – don’t start me on that one! Was nearly 21 when he signed before a local magistrate in Leeds in November 1911 and on the same day he was determined to be fit for the Army.

Have you noticed the name difference? Fred is a Stringer, while his mother is Moorhouse. Fred seems to have changed his name as on his and his siblings’ baptism records he is the son of a single woman, Betty Moorhouse. Anyway, back to Fred’s Pension Records.

Fred 5ft 6½ in I height weighed 154lbs. He had a 37½ chest which included a 7-inch expansion – seems quite large compared to other records I’ve seen but could be an error or bad writing on behalf of the medical staff. His complexion was fresh, he had blue eyes and fair hair and gave his religion of C of E. Fred had a scar on his scalp, a mole on his right forearm and one on his left shoulder. His pulse was recorded as 80, you don’t see that mentioned a lot in records. So, Fred Private 7721 was in the Hussars.

It looks like Fred’s service got off to a bumpy start, as after being in the army only three weeks, he is in the Guard Detention Room from the 23rd of November to the 20th of December (given 28 days and loss of pay until he made good the sum of £1 12s 11d in respect of his kit). All former service was forfeited. Service not allowed to reckon. His service began again on the 15th of December 2011.

Fred was posted to the 18th Hussars on the 15th of March, 1912 BUT the day before, the 14th, he is ‘Declared a Deserter’. Towards the end of April, he was given 35 days for being ‘Absence without Leave, making the Detention Barracks his home once more. .

Working through his service records in order and not always in date order, he gave his next of kin as his sister Jane Reed of 20 Vicarage Street, Wakefield.  Jane Reed answers another question posed in Arthur Moorhouse’ entry – who was the Reed who completed the 1911 census for Betty and her family – seems that one is now answered, could it be her son in law?

While looking through this recordset I have been wondering why Fred joined the services in the first place. He was posted again in May 1912 and by the 6th of the following month was absent again. He was in custody by the 15th of June. In July he was tried by DCM and sentenced to ’84 days and to be discharged with **ming for (i) Deserting his Majesty’s Service (ii) When a prisoner in confinement attempting to escape. The sentence has bee confirmed by GOC 2nd Cav Bde. who raises the sentence to read ‘To **dey detention for 84 days’ All forms forfeited on conviction desertion’. And so it goes on – Detention; Absent; Stop Pay; Disrespect for uniform.

And so it was on the 25th of May 1914 he was Discharged for Misconduct under paragraph 392 (xi) Kings Regulations. Fred’s Application for Discharge confirm his age and height but also include the reasons for discharge with his character being marked as BAD. A footnote told ‘I do not know whether this man misconducted himself with a view to discharge but I have no reason to suppose so’. Signed by C H Corbett, Major at Tidworth.

The plot thickens as on the 10th of November 1910 Fred Moorhouse Attested in Wakefield, joining the Royal Artillery as 62880. And so on to his description – 5ft 6½ inches in height. Weight 152 lbs. . He had a 39-inch chest with a 4 in expansion. With a fresh complexion, grey eyes, light brown hair he told his religion was C of E. He had a pulse rate of 70 and still had a scar on the back of his head. Again he was found to be fit to join the Royal Regiment of Artillery in Halifax.

The next few lines tell ‘Fraudulently enlisted into Corps of Hussars of the Line on 1.11.11 as no. 7721. Pte: Fred Stringer and held to serve therein’. The next page seems to be where we began Fred’s tale, with his mother and siblings. Is there any more to tell? Just a little.

The Attestation for service in the RA gives Fred’s occupation as Rural Labourer, a change from carter. He had been vaccinated in infancy and in later life. In October of 1912 and also in May 1913 Fred had been admitted to hospital in Tidworth with boils, the cause of which were not known.

And so Fred’s service records end. He seems to be a bit of a character but at least consistent in his actions.

One question remains – why did he enlist under the surname of Stringer?

This is where Arthur and Fred’s lives cross as I omitted some information from Arthur entry.

In 1881 Betty Moorhouse was aged 24, employed as a rag sorter and living with her daughters, Anna aged 5 and Elizabeth Ann aged 2. Fred was baptised at St Paul’s. Alverthorpe on the 26th of November 1890 after being born on the 22nd of December 1888. He was registered and baptised as Frederick Stringer Moorhouse in the first quarter of 1889 – where did the Stringer name come from that he used later in life?

The answer is to be found in 1891 – Betty Moorhouse was now living at 5 Blakeys Row, Alverthorpe. She was now aged 34 and had 5 children living with her, including 2-year-old Frederick. But the head of the household was one William Stringer, aged 36, a joiners journeyman, with whom she said she was cohabiting. Does that answer the question, I think it goes a long way to do that, don’t you?

But to continue on to 1901, where Betty is now saying she is the head of the house. She has 4 children with her – some have moved on but Arthur and his younger brother are included, as is, William Stringer who is now a lodger.

I find it fascinating the twists and turns families take and lead us in wrong directions, but not so Betty and her brood. Ten years later in 1911, Betty once again, tries to confuse the later generations when she classes her self as a widow! Did she try to have some form of conformity in her life, a little bit of respectability, or had she and William been together so long it was taken for granted by the community they were married………….who knows. But it does go some way to answer the question of why Fred enlisted as a Stringer and a Moorhouse. But not the more burning question of why he enlisted twice. I think that one lies with Fred himself.