UNTIL THE DAY DAWN AND THE SHADOWS FLEE AWAY

It was on the 2nd of March, 1916 that James went to his recruiting depot and signed to “hereby engage and agree to serve in the Canadian Over-Seas Expeditionary Force, and to be attached to any arm of the service therein, for the term of one year, or during the war now existing between Great Britain and Germany should the war last longer than one year, and for six months after the termination of that war provided His Majesty should so long require my services, or until legally discharged.” Signed by James and witnessed by A F Ancy (sic).

I’ll come back to the paperwork relating to James’ service.

But who was James before he enlisted?

James, born in April 1886, was one of the four children of Isaac and Margaret of 28 Society Street, Nairn.  Isaac was one of the many local fishermen, who earned their living from the sea.

James left the country of his birth before 1916.  There is an entry in the Canadian Passenger Lists 1865-1935 for the 1st of April 1911, for a Jas. Bochel aged 24, sailing from Glasgow on the SS Saturnia along with over 1250 passengers (1107 adults and 145 children under 14 years of age), bound for St John, New Brunswick. The Master of the Saturnia was David Taylor.  The Saturna had 252 passengers in Second Class and 1000 in Steerage.  The heath of all the passengers was good and none were in quarantine.  On the ships manifest James’ occupation is that of a blacksmith but that obviously changed when he arrived in Vancouver.  Could this have been due to meeting a plumber on the voyage or on the long journey to Vancouver? 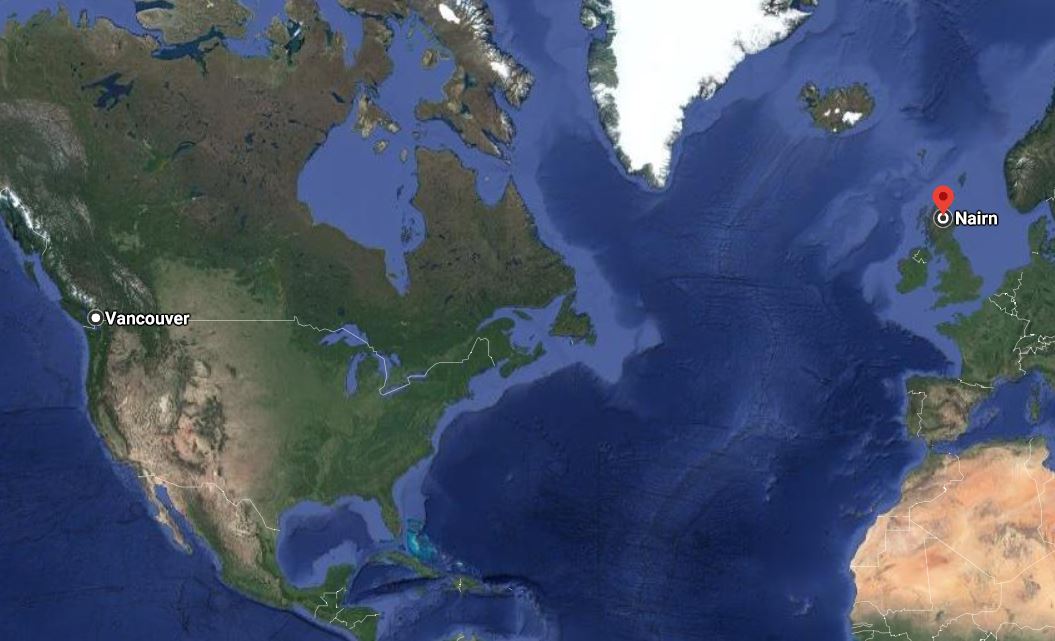 James met and married a young lady named Margaret on the 8th of March 1916, a few days after he had visited the recruitment office.

Back to the paperwork I mentioned earlier, his Attestation Papers.

The first page of James’ Attestation Papers on the Canadian Archives website, is information that we more than likely know – his name; current address; date and place of birth and occupation. If the soldier is married or next of kin are included. Other information needing only a ‘yes’ or ‘no’ are – have you been vaccinated? Have you ever served in the Militia or any Military Force? And quite importantly ‘Do you understand the nature and terms of your engagement’?

The two pages give limited knowledge about his initial entry into the Canadian Army. However, the Ancestry website holds his full-service record – a great boon for anyone with James in their tree.
Sometime after James enlisted Margaret, his wife moved, back to Scotland, where she made 53 Forteath Street, Burghead her home. The next page is a description of James, this page, however, does tell that he weighed 140lb (10 stone) and that his vaccinations given when a child.

When I see a description of a soldier, it is as though I could walk down a street in recognise him. But when there is a typewritten will included in the records, it brings back the harsh reality that some men will never return to their loved ones. James had one such letter included in his paperwork. ‘No. 505100 James Bochel, Canadian Engineers. Military Will. In the event of my death, I give the whole of my property and effects to my wife Margaret Bochel, 53 Forteath Street, Burghead, Morayshire, Scotland. J. Bochel. Sapper Can. Engineers. October 28, 1916,’

James embarked Canada as part of the Canadian Expeditionary Force on the 20th of June 1916, onboard S.S. Missanabie, arriving in England nine days later. (The Missanabie, was torpedoed in September 1918 and sank just off the Irish coast.) James’ record show that he was at Shireclife, and Crowborough before entering France from the reinforcement pool.

Margaret was granted £180 War Gratuity less an amount of £80 Special Pension Bonus which had already been paid (£20 in May, June, July and August). This was sent on cheque number G1897944 on the 30th of July 1920. Prior to this money, Margaret had been getting £20 per month as a Separation Allowance.

James, during operations at Neuville Vitesse (south of Arras), was sitting in a dugout, with three of his comrades, when an enemy 5.9 shell made a direct hit on the dugout. Killing the four soldiers instantly. (source Circumstances of Death Registers First World War, Canadian Archives).

So James was Killed in Action in The Field on April 1st 1917 and rests in Ecoivres Military Cemetery, Mont-St- Eloi which lies between Bethune and Arras and is the final resting place of over 1720 other casualties, many of whom died on or around the 1st of April.

‘UNTIL THE DAY DAWN AND THE SHADOWS FLEE AWAY’ are the words at the base of James’ CWGC headstone in France. 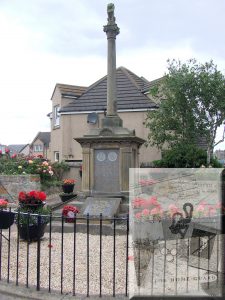 If you are related to James it would be nice to hear from you.