John Gault Scott, was born in Drainie, the son of James and Maggie Gault. At the time of the 1901 census the family of James and Maggie was living at 8 Argyle Street, Lossiemouth.  The family consisted of  8 children, the eldest being 17 and the youngest was just one – John Scott was the third youngest aged 5.  James earned his living as a fisherman.

John served in the Seafoforth Highlanders as pte.,1849, 6th Btn,after enlisting in Elgin.  The 6th Batt. served as the 51st Highland Division and was a Territorial Force division. The divisions insignia was a H D in a red circle – giving the batt. the nickname of Harpers Duds after Major General Harper, or Highway Decorators.  The division served in the Battles of The Somme, Arras and Cambrai.

John Scott Gault D of W on 6 June 1916 aged 20 years.  John was eligible for the 1915 Star, the Victory and British Medals and served in France. 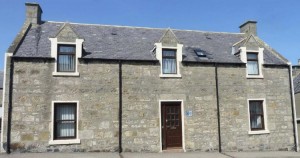 At the time of James and Maggie, giving information about their son they were still  living at  8 Argyle Street, Lossiemouth, Morayshire.

http://wakefieldfhs.org.uk/genealogyjunction/Morayshire/Lossiemouth%20War%20Mem.htm  The transcription is a work in progress so if you know any histories of these men who gave their life for King and Country, please let me know.

Soldiers who died in the Great War