The 22nd of October, 1918 was a sad day for James and Jane Ann Roy – it was the day their son John died at Chemnitz, Germany during WW1.

John served in the Canadian forces during the war. He had been born on October 27th 1890 in Upper Ballochy, Elginshire and later in life worked as a teamster. 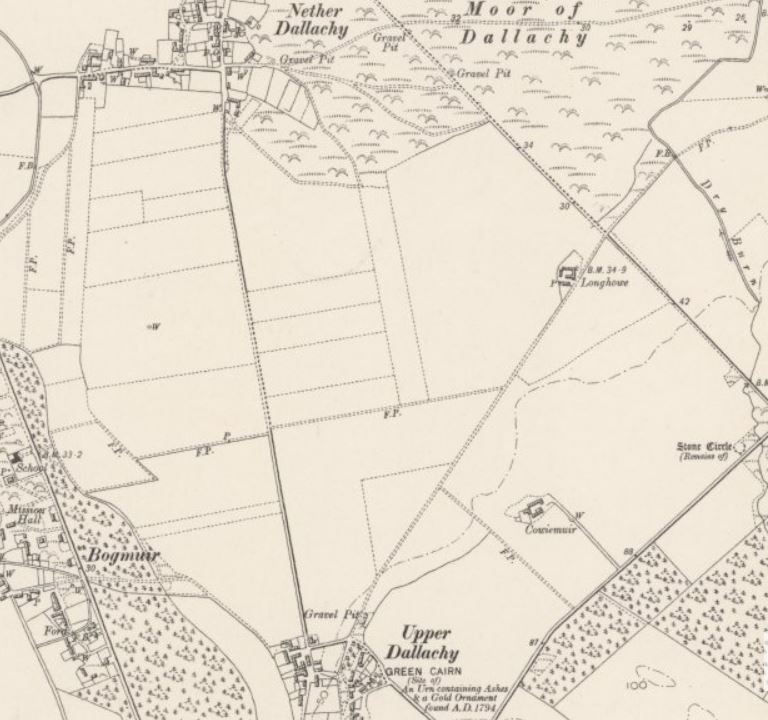 When John Attested in 1914 he was one month shy of 25 years of age – serving as Pte 20365. He was 6′ tall – very tall for someone of that period and weighed 185lbs. He had a medium complexion, grey eyes and brown hair and was a Presbyterian by persuasion. He was declared to be fit by Medical Officer WP Duncan.

As John served with a Canadian Regiment and therefore his service records have survived. How wonderful is that?

One of the identifier pages of his service records tells that John had two large patches of Leukoplake on either side of the lower abdomen. But saying that he was classed as fit. So at Valcartier, Quebec he joined the army and gave his mother as his next of kin. 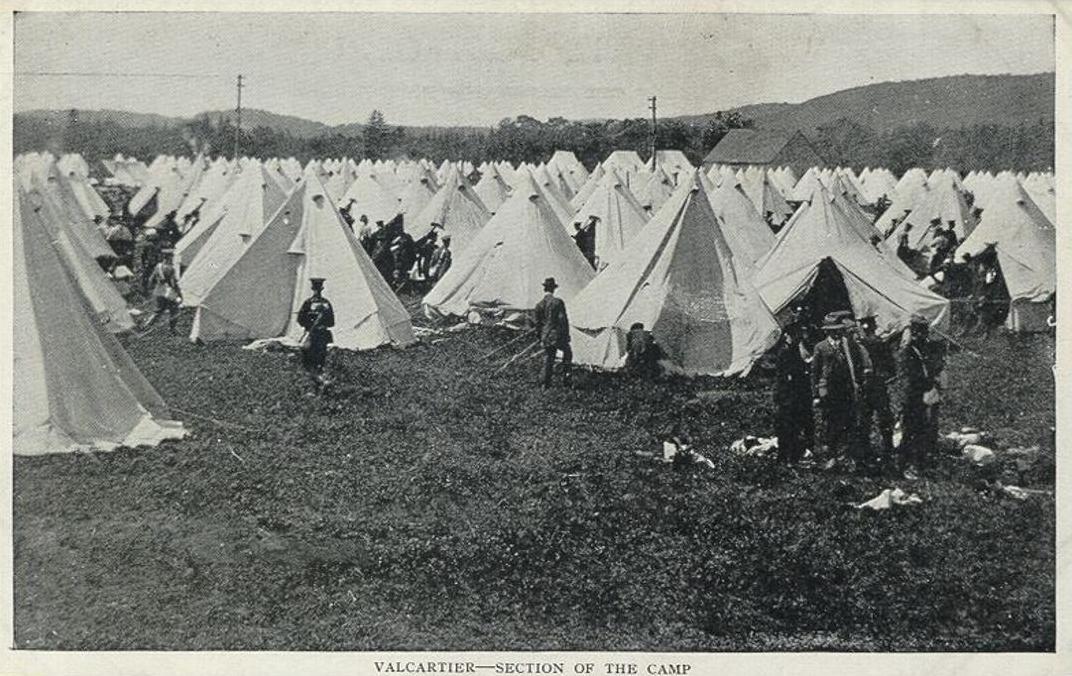 John served with the 103rd Regiment, Calgary Rifles from 1914 and sailed with his unit to France on the 3rd of 1914. For some reason, not named, John was subject to 15 days Field Punishment at Pond Farm on the 29th of October 1914.

On the 21st of May 1915, John was recorded as missing and Struck Strength to days later. Three years later he was officially reported missing and officially a prisoner of war Kreigsfefaugenlater, followed by Munster, later being transferred to Chemnitz, Ebersdoft. 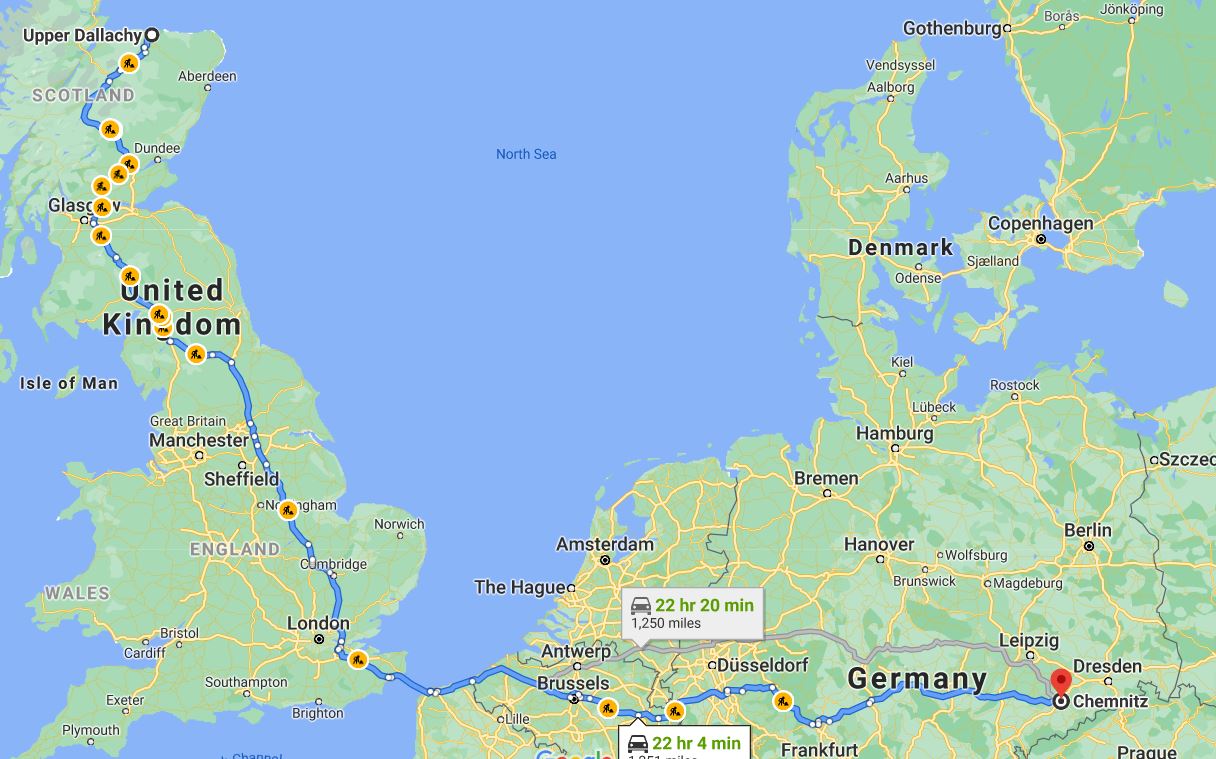 In December 1918 he died of pneumonia whilst a POW in the camp hospital in Chemnitz in the state of Saxony. The information supplied in a letter from the British Help Committee. It seems that he had been gassed and while under the immediate effects of the gas had been taken a prisoner. He spent time at Kreigsgefangenenlager (sic), Munster before his transfer to Chemnitz.

Information about John and I suppose other prisoners had been extracted from Hosp Adm. book by Cpl. Wilkinson, RAMC, which included that he was later a POW at Munster. From looking at one of John’s records it would seem that Cpl. Wilkinson, himself a POW, returned home and brought the register with him.

During the years John was a prisoner of war, his mother was receiving $15 per month. 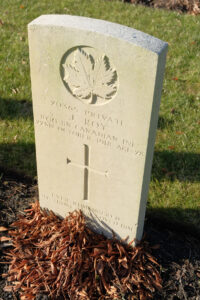 Headstone of Pte John Roy, via Find a Grave

John rests in Sudwestfriedhof der Berliner Synode Military, which is also known as Berlin Suth Western Cemetery, Brandenburg. Above his name is the Canadian Mapel Leaf and his service number and rank. Followed by a cross with ‘Ever Remembered by Those Who Loved Him’ at the base as requested by his family.

The Probate entry in the Scottish National Probate Index lists John, who died intestate. His father James, a ghillie of Upper Dallachy, Spey Bay, was granted the estate of £215 3s. 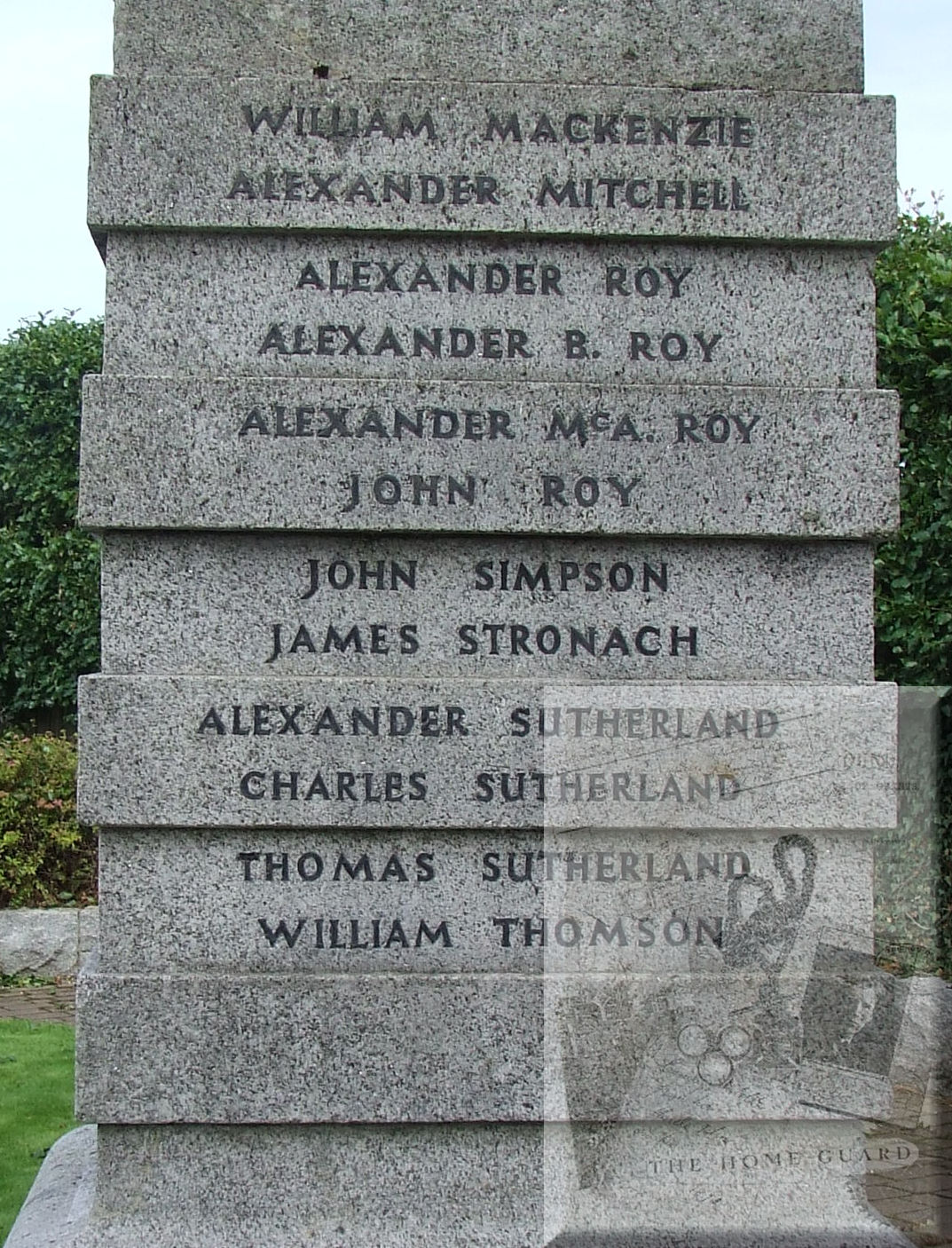